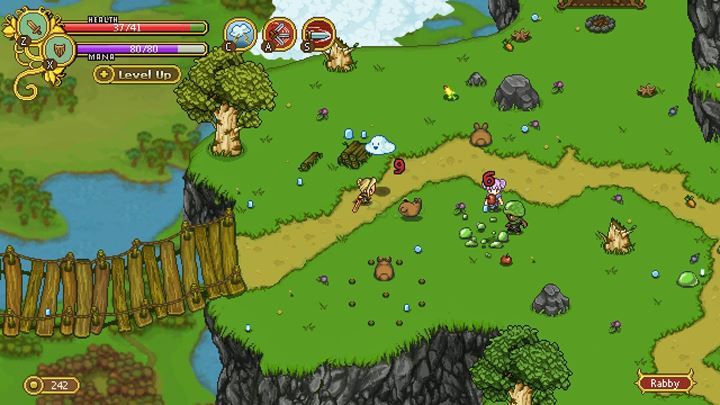 The very modest graphic design of this production is inspired by Japanese jRPGs from the 90s. References to them can also be found in character models, combat mechanics or the plot itself. This doesn't mean that the game is stuck in the previous century in terms of gameplay.

The possibilities of exploring the world are promised to be enormous. We are also not supposed to be limited by the development path of a particular class or even a level cap. The goal will be simple  collect as many high-quality items as possible. Of course, we will also get involved in a great conspiracy and an even greater adventure, with non-linearity that ought to allow us to reach one of several different endings.

In addition to collecting, which is supposed to be the driving force of the game, we will also get a balanced, arcade combat system and a training scheme for pets, who will aid us in battles as they will become stronger and equipped with better items. If all these announcements are more than just boasting, Secrets of Grindea could become one of the best old-school games of the entire 2022.