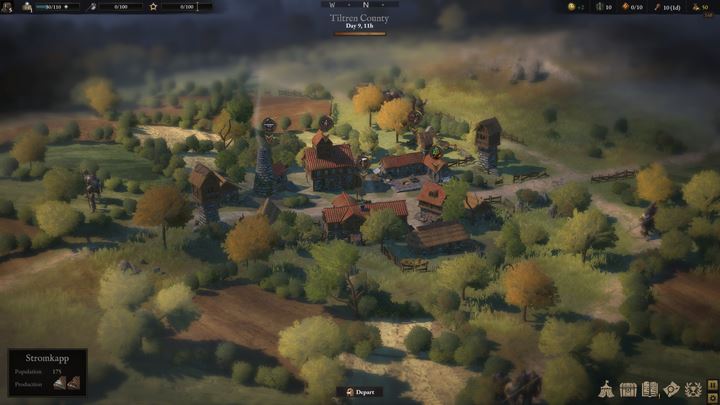 Wartales certainly will not be a game for everyone. It will be a specific title that combines elements of a turn-based strategy and a classic RPG. There will also be solutions from economic games  in order to win further battles, you will have to develop the base and take care of the team's morale.

The world we visit in Wartales isn't one of those colorful, fantasy universes. It's pretty clear at first glance that the visual layer is maintained in dark, matte colors. You would be able to say it's set in the Middle Ages  if people lived in even worse conditions in those days in reality. And that alone seems quite a feat.

In addition to the threat from enemy troops and forest beasts, the inhabitants of the towns and settlements in Wartales can also fall victim to hunger. If they don't eat, they will start to lose their minds, turning into something like bloodthirsty zombies over time. Then, there will be nothing else to do but fight the threat. Our protagonist (along with companions) will be able to oppose it more effectively thanks to the development of combat abilities and an advanced equipment crafting system.