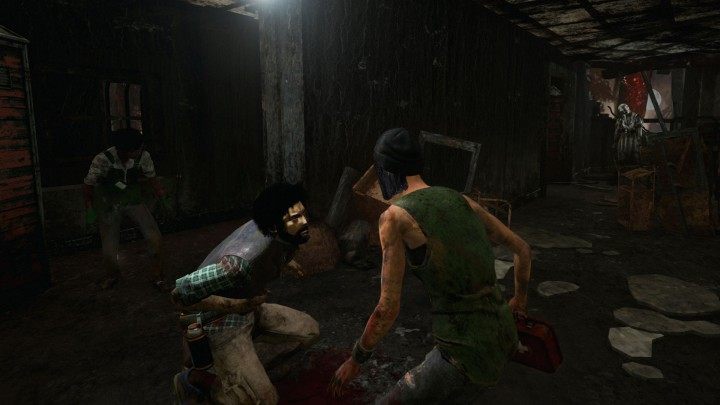 Can an intense, asymmetric horror, in which four players fight against one, have a friendly community? This sounds improbable, but it turns out that Dead by Daylight was able to achieve that. This is mainly due to the fact that the success of the game is determined by the cooperation between players. However, there is another side of the coin.

When you play as the killer, life isn't always so colorful. Being hunted down and getting a heart attack can negatively affect anyone (no one likes psychopathic killers, right?). In Dead by Daylight, the team of victims often becomes rather aggressive. But it is possible to disable the chat. Also, the console version doesn't have such problems.

Unfortunately, that's what we have to expect from productions where we compete with others and where at the end of the match, our performance is evaluated. However, compared to similar games, Dead by Daylight is still pretty ok. Well, except for the forum, which is full of moaning.