Japanese Grand Theft Auto, as some players define the Yakuza series, has gained notoriety due to its unique, surprising atmosphere  after all, in which other game can you designate a chicken a manager of your own real estate agency? This quirky atmosphere is appealing to some players, and repugnant to others, but the game gives access to many activities that you won't find in the "serious" productions from the West. Examples? Karaoke, dance floors at discos, watching videos with naked girls... Wait, what? 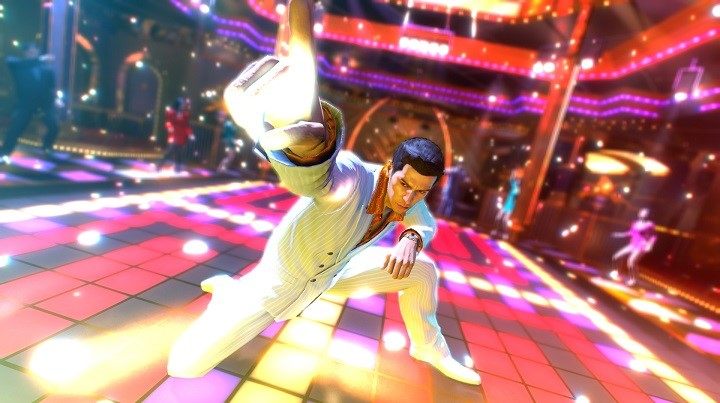 With dance moves like that, Kiryu really should not have problems seducing women.

Getting all achievements in Yakuza 0 requires going to Gandhara  a fine establishment, where for 800 yen we get access to a dozen videos with real Japanese porn actresses. Gladly, these movies aren't very edgy  the women are of course clad rather scantily, but it's not as bad as to warrant launching private mode in the browser. But maybe it's just my opinion, after watching the whole thing, the protagonist suspends his gaze on a box of tissues, with a sigh. We, in turn, get the achievement "...I Did it For the Trophy, " which until the very end of Yakuza 0 will remind you that the protagonist had a moment in front of a TV. But you're not alone with this feeling  according to Steam's statistics, over one-third of players fell for the charms of Gandhara.