The owners of the Switch probably dream of a full-blown, fifteenth installment of Final Fantasy. Unfortunately, of all the games in the ranking, this title has the smallest chances of getting to the Nintendo console  or rather getting there in its true version, because last year brought us Final Fantasy XV: Pocket Edition HD, usually referred to as  what's rather telling  the Potato Edition. What can we find there? The same plot and the same heroes, but with smartphone graphics, a simplified combat system, and a carved open world. And Switch is capable of so much more! 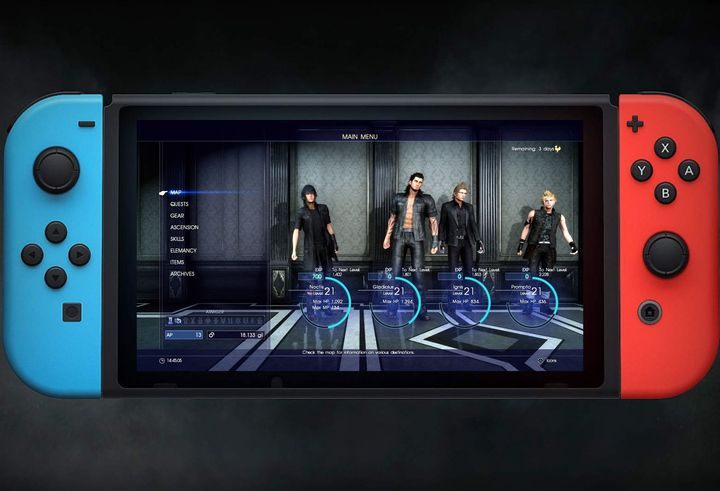 Full-fledged Final Fantasy on Nintendo Switch  who could resist?

This is perhaps due to the desperation caused by the inferior quality of the Potato Edition, but while in this ranking, we're looking for was of creative utilization of Switch's gimmicks, in this case, we just want the original XV in all its glory. Ok, fishing could definitely benefit from removable Joy-Cons. The point stands, however, that having this (all in all) powerful console generate typically mobile graphics is a transgression, especially since even smartphones are capable of much better graphics than that in the Pocket Edition.