As for the Ubisoft sandboxes, which we would like to see on the Switch, the choice is not so simple. On the one hand, the obvious choice seems to be the latest Assassin's Creed, but the fact that it was the third installment in the series that was brought to the console clearly shows that the publisher is not yet ready for Origins and Odyssey. We, therefore, have looked elsewhere, at another brand from Ubi  the TPP hacker shooter, Watch_Dogs 2. The first installment in the series suffered from controversies related to the graphics and the open world, of which the devs didn't take full advantage, but with the second part, they let their imagination loose and delivered a wacky experience full of humor, vivid colors and the pure joy of being part of the DedSec. 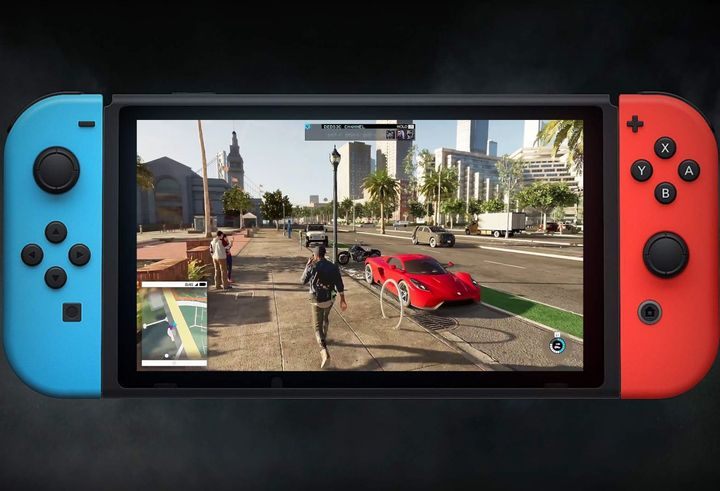 Watch Dogs 2 on Switch would require downgrade and excellent optimization.

In Watch_Dogs 2, you need a touch screen like nowhere else. Using various kinds of hacking would be extremely intuitive, even though the system developed for home gaming systems was well thought-through. In addition, the somewhat lackluster driving model could be refined by the gyro inside the portable console. Exploring the beautifully designed city, performing side quests and finding collectibles is perfect on handhelds, so this game would be a perfect bet for Ubisoft. Especially since the series has gained lots of publicity again, due to the recently announced Watch_Dogs: Legion.