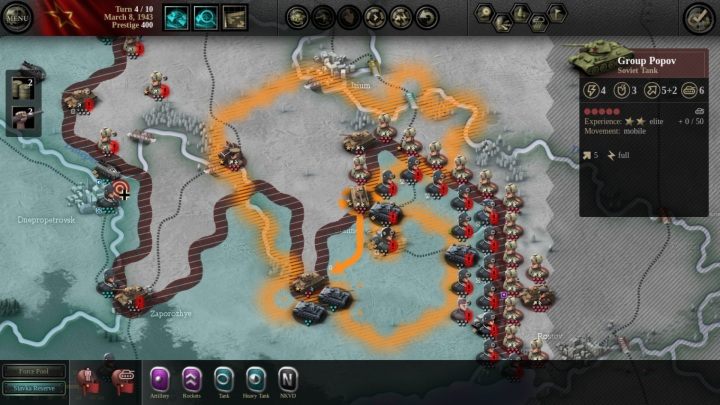 Unity of Command: Stalingrad's Campaign is another game that proves that a small size should not contradict the great complexity of the gameplay. This is a turn-based strategy with great attention to realism, reflecting the Stalingrad campaign of 1942-1943. During the game, one can play as historical commanders such as Erich von Manstein or Georgy Zhukov, and recreate events known from history books... or write it again.

As part of the turn-based combat system, players take control of individuals with parameters that try to match their real capabilities, and they have to take into account such nuances as weather, army supplies or the morale of soldiers  completely refined artificial intelligence algorithms make sure that we do not accidentally neglect any of these aspects. This game offers an extensive campaign, more than twenty offline scenarios, and a multiplayer mode. And if anyone is still unsatisfied, there are always two DLCs that extend the Barbarossa campaign and the battles on the Eastern front from 1943 to 1945.