Plants vs. Zombies: Game of the Year Edition 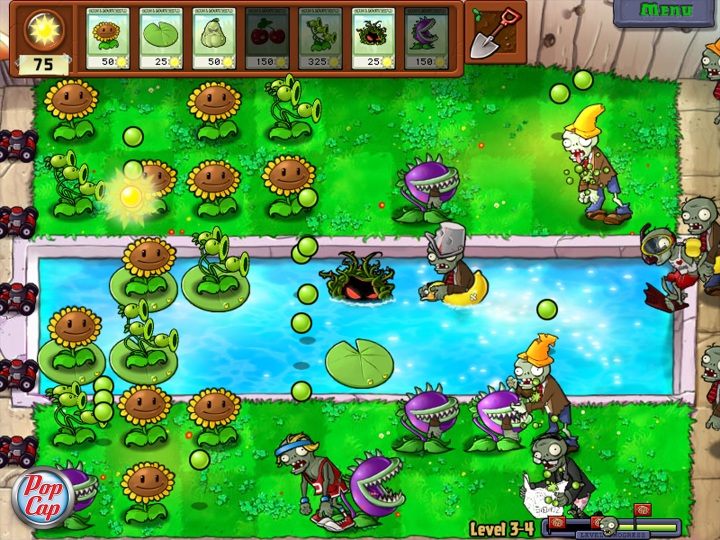 On the left, the house and its innocent inhabitants. On the right, the army of zombies moving forward. And between them, the only line of defense - the plants. Sunflowers, watermelons, dewdrops (a bit overgrown, though) and nuts. Opposite to what it might seem - it is the undead who are in the lurch. Pea shells rounds, cabbage artillery, and cherry bombs spread panic amidst the enemy ranks. Zombies have no chance, even if they put a bucket on their head or hide behind the door.

Plants vs. Zombies is a game that attracts with its humorous approach to the classic tower defense formula and rather eye-pleasing visuals. But under these superficial advantages, the game hides well-designed and exciting gameplay mechanics. A wide selection of defensive plants and a wide variety of opponents make subsequent encounters require a tactical approach and focus. In addition to an extensive main campaign, this game also offers several effectively entertaining and quirky additional modes.