Interestingly, SnowRunner has more in common with Death Stranding than intricate mechanics. Just before the game's release, Saber Interactive showed a trailer clearly referencing Kojima's game, and, although it was mostly humorous, it was more than a simple joke that many people believed it to be.

Take the setting. In Death Stranding, we roam on an extinct continent, with most of the population living in bunkers, where people encountered on the surface are either couriers like us, or deranged bandits. In Snowrunner, the world is even emptier. The eleven maps available in the core game (four in Michigan, four in Alaska and three in Siberia) are completely deserted – there's no other cars, no other people, nor even animals.

Of course, the reasons for the emptiness are different in both games. In DS, it derives from general concept of the world; in SnowRunner, it's rather a matter of budget constraints, since the story background of missions bears no trace of apocalypse. Still, if you're willing to silence the soundtrack in the game from Saver Interactive and play Low Roar's songs instead, you will get as close to the Death Stranding experience as possible without actually playing it. 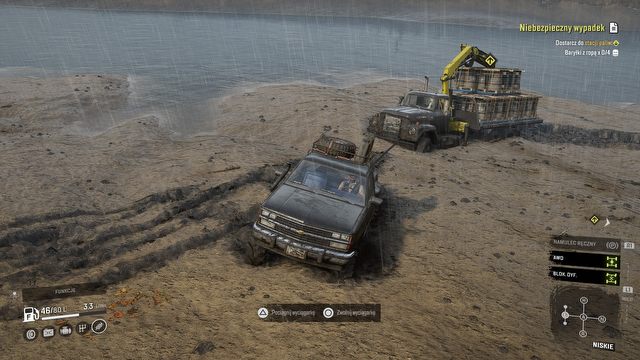 If it works, it's not stupid – fortunately!

Another commonality is that side activities aren't simple fillers – they're designed to make the game easier in the future. In Death Stranding, we built highways and set up zip lines; here, we rebuild bridges, remove obstacles, and collect mods for our vehicles. Both games also treat snow as the ultimate test of players' skills, throwing it against them at a time when they're confident in their abilities and believe they're ready to handle any situation.

Of course, SnowRunner isn't really Death Stranding with cars. And this might be a great advantage for some, as the game comes without the outlandish quirks that Hideo loves so much.

There's no invisible monsters and psychedelic squids. There's no way to connect to fetuses with artificial umbilical cords and thus see the past. There's no cut-scenes where our driver would take showers. 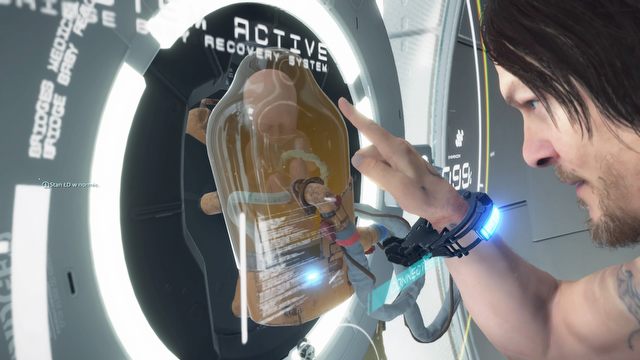 Artificial wombs is one of the things SnowRunner doesn't have. 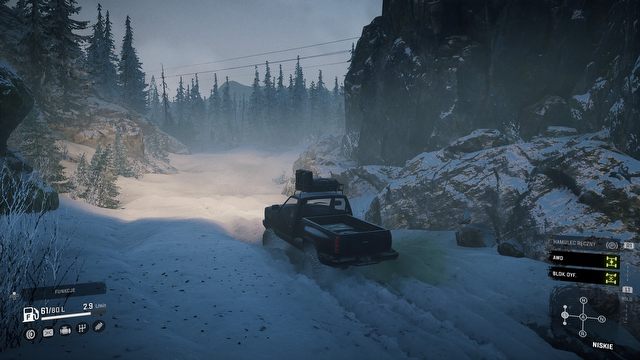 The snow is in the title, but it's a challenge for the best drivers.

Despite unique mechanics, SnowRunner is a thoroughly ordinary and literal. We have trucks, we have some back country to explore. And that's it. No pretentious plot. No off-the-wall concepts.

There's none of those polarizing, wacky ideas that divided the audience of Death Stranding. What we have here is the essence of what, in my opinion, made Death Stranding great. The game is quite extensive and based on genuine physics. It's hellishly addictive and not boring even after dozens of hours.

And that's not bad for a game I thought would at best let me write an amusing piece about how much I couldn’t play it.