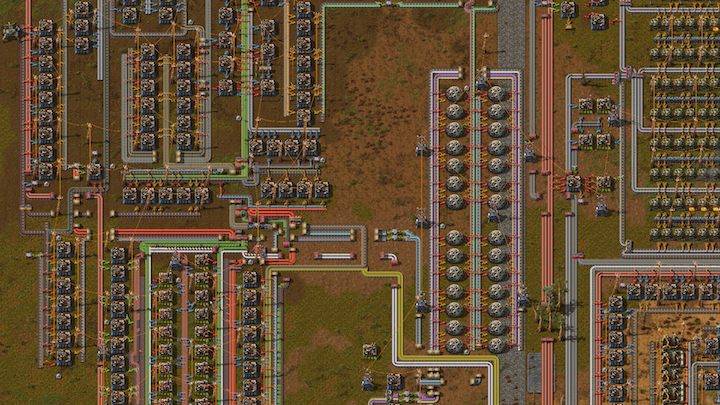 Factorio is an independent game where we focus on constructing and managing a huge factory somewhere on an alien planet. Rather simple graphics and a view from the top make up for a pretty sophisticated economic strategy resembling the style of old "Tycoons." We create a complex group of buildings, and expand it with new facilities, at the same time providing a continuous supply of raw materials and energy. We decide on manufactured goods and develop new technologies in research centers.

Additional problems are (optional) alien attacks, so it turns out to be important to take care of the security infrastructure of our factory  in the form of defense turrets, walls, tanks, or drones. The cherry on top of the pie is a level editor and mod support, significantly increasing the variety of gameplay. All of that made Factorio become one of Steam's hits this year.

What can you do for a hundred hours in Factorio?

The factory must grow.

Theoretically, the end of the game is when the player sends the rocket into space. In fact, the first gameplay, while we discover how and what to do, can easily cover 100 hours. For most of the players, it will only be the beginning. The bigger the factory, the more opportunities, and ideas arise to improve, develop, modernize, re-think or optimize something. Fans challenge themselves, often coming down to building a factory that will manufacture at an assumed pace so  called scientific packages.

Factorio offers the most of opportunities in free-play mode, and additionally, there are several more campaigns to go. Moreover, fan mods change almost every element of the gameplay, and because of that playing this Czech production is an endless challenge that can be freely diversified. It doesn't look attractive, but it keeps you hooked! 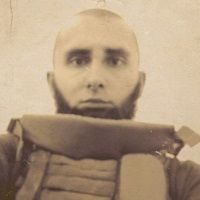 There was that day last year when I didn't go to work. I had nothing to do, I had no orders. Probably the only day like that throughout 2019. And I gave Factorio a try. As a result, I played 16 hours straight, only short breaks to go to the loo. Afterward, I spent another 100 hours devoted to launching a rocket into space. Later, there was an active aliens base, and the creation of defensive walls, and then another factory, built from scratch, already knowing what it is all about. Of course, I made some mistakes with it anyway, but it was a little less spaghetti-like design, as this is how every noob factory looks like.

At the moment, I've spent 180-200 hours at Factorio and ideas to triple that amount with the game, but I simply lack persistence and skills. Factorio is one of those games that give you blocks to play with, and you can do with them whatever you want, creating devices of almost any complexity. I'm tempted to immerse myself into it, but on the other hand, I appreciate the fact of having a life outside the games and I don't want to give that up.