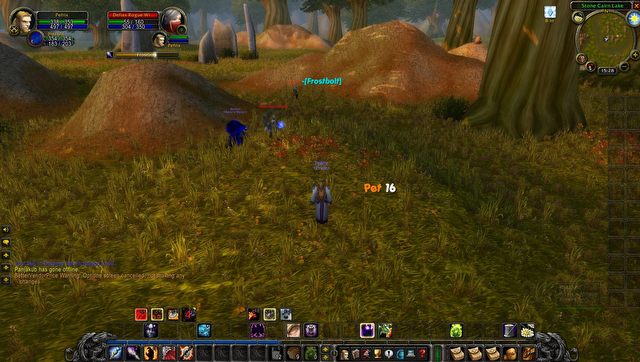 One of the most important addons for PvP, which should also be appreciated by PvE players. Classic Castbars shows you the time of the enemy's spell use. A simple addon displays the theoretical time it takes the opponent to use the ability. Remember, though, that these values are just indicative.

World of Warcraft Classic doesn't feature the same tools and functionalities as the current version of the game, so Classic Castbars uses assumed theoretical values. Note that taking damage increases the time required to apply abilities. The addon cannot get such data, so it ends up estimating the values. It also reports the duration of the buffs.

The settings of Classic Castbars contain separate parameters for auras and panels of spells. The former allow us to choose whether we want to see times of enemies' buffs, the latter, to customize the appearance of the visible panels of spell cooldowns. The modification also has a pushback detection module, which I recommend engaging in the settings. It doesn't work 100% because it's based on assumed values, but it still allows us better insight into spell usage times.

Classic Castbars has no alternatives worth considering.

In addition to the most important addons, there are several modifications that are worth paying attention to as well. For example, Auctionator as well as TradeSkillMaster 4 are responsible for supporting the auctions. These addons provied more options related to exhibiting items and trading in general. However, they're not mandatory in World of Warcraft Classic, although can be useful to people who spend a lot of time trading.

Postal is a nice, complementary addon to those listed above. It allows you to open all messages from the mailbox in one click. You can easily receive emails if you have a lot of them and you don't really want to go through them. 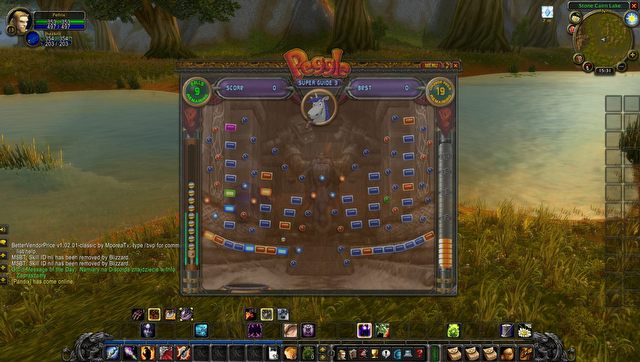 During a long journey you can make your time more pleasant with the help of a mini-game..

There's also a separate category of addons that overhaul the interface. They're not mandatory, but can be very useful. If, for some reason, you are not satisfied with the vanilla interface of World of Warcraft Classic, you need to check the alternatives. Try Grid, for example. It alters the appearance of the interface of raids. The addon makes the whole GUI a bit more compact, and more legible. ClassicThreatMeter is also useful to determine how interested the enemies are in our character.

And, last, but not least, the Peggle Classic. This addon is generally not considered mandatory, but I can assure you that once you install it, you will find that the opposite should be true. Peggle Classic adds a mini-game to World of Warcraft Classic. What for? You know, during a long journey to your destination, when creating a large number of items from the profession, or when you just want some respite. It works like a charm and makes waiting more enjoyable.