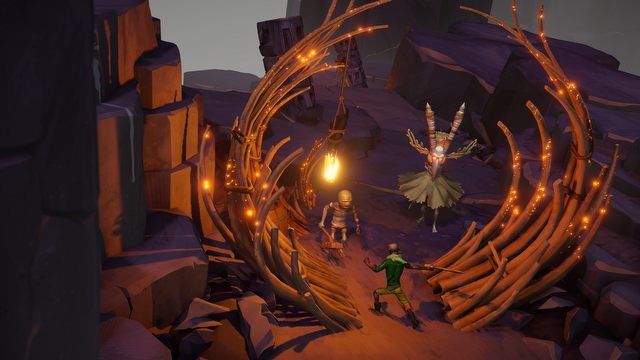 What is Gods Will Fall?

Gods Will Fall is an action game in which we will face the gods. In this case, we will try to bring about the fall of the Celtic deities. We will play the role of one of the last warriors, in whom the fire of rebellion is still smouldering. We will lead mankind in fight against the oppressors in order to free the land from the hands of cruel creatures, demanding boundless faith and bloody sacrifices.

Why will gods fall?

Gods Will Fall will offer skill-based combat and lots of skirmishes with legions of enemies. We will travel diverse lands, owned by different deities. However, before we defeat the host of a given estate, we will have to face a horde of their followers, solve simple puzzles and deal with platform elements. Several characters with different characteristics and fighting styles will be at our disposal. Note that some people can be put off by the graphics, which are simplistic and can be considered poor, which in my opinion has its charm.