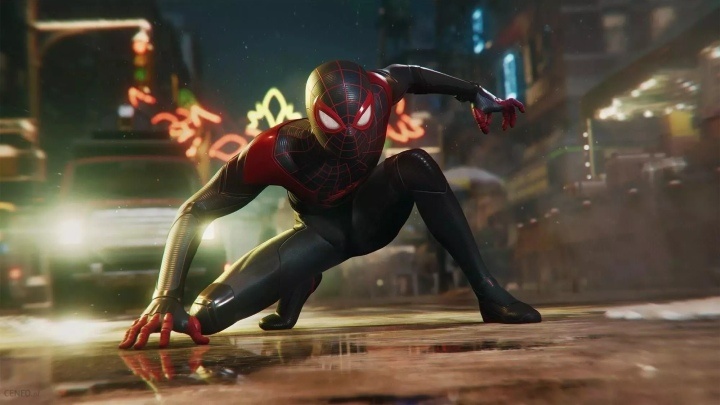 Another game by Insomniac Games on this list. Already on the occasion of the previous Spider-Man, this team showed that they're perfectly comfortable with superhero vibes. This time, we're dealing with a slightly shorter adventure that introduces another Spider Man to the stage.

Miles Morales received his own game and a chance to prove himself as Spider-Man. His adventure is shorter, but also more concise – without unnecessary downtime or the annoying stealth stages. The combat system has also evolved a bit, this time making use of the unique powers of electricity and invisibility. Plus, it's still the same great game, just telling a new story.

A well-executed main story is engaging, and rocking around snow-covered New York on spider webs is a lot of fun. On the other hand, the 60-fps mode gives the game additional dynamics and better responsiveness. Being Spider-Man is exciting no matter who's behind the mask.