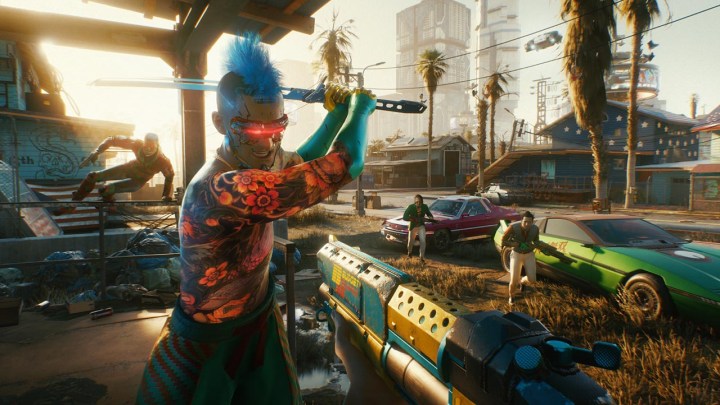 The presence of Cyberpunk 2077 on this list could surprise you. In fact, though, the game is slowly completing the U-turn it started making after the botched release in 2020. CD Projekt deceived players (especially console ones, especially PS4 owners) and we shouldn't forget about it. Nevertheless, it's worth appreciating the final product, which – especially after recent months – slowly completes its grand rehabilitation effort.

I played Cyberpunk right after the release and actually had fun. It's a game that from the very beginning could boast successful writing and a well-directed main plot. Another thing that was undoubtedly there were very engaging side stories. Night City is also beautiful and vibing with the atmosphere of decadent cyberpunk. The world can charm you its gloomy and grimey artistic vision, and simply exploring and admiring the neon-lit, littered streets is a great experience.

The game still isn't the holly grail of gaming that we were hoping for, but it's still a very good game and, above all, a brilliant adventure in terms of narration. It's worth playing, if only for the interactions and relationship with Johnny Silverhand, performed by Keanu Reeves.