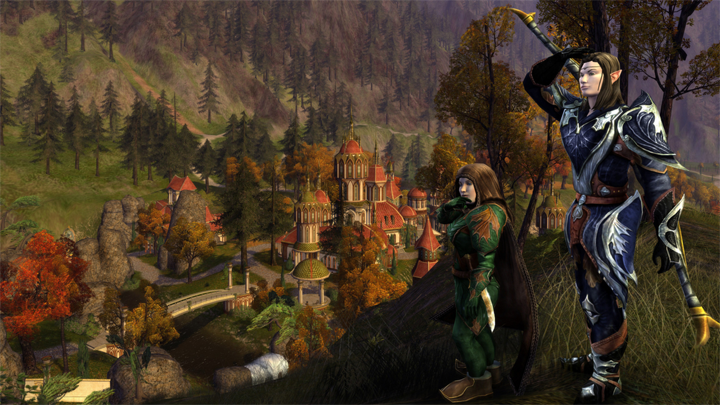 Description: MMORPG set in the world of the famous trilogy by J. R. R. Tolkien The plot directly relates to the story that we know from books and movies. Since 2010, this game is available in a free-to-play model with additional microtransactions.

The Lord of the Rings Online is a must-have for any fan of the J. R. R. Tolkien's works. If ever, while reading a book or watching a movie from The Lord of the Rings universe, you dreamed of suddenly being in the middle of the action, then you will not find a better opportunity anywhere else. The game, released in 2007, has been continuously developed and improved for 13 years  now it is a true Middle-Earth compendium for you to explore yourself.

Although initially this title was a typical MMORPG designed for multiplayer activities, in recent years developers, as well as the rest of the industry, have followed the trend and given their game a form that is more accessible to any player who is looking for a laid-back adventure in an interesting and expanded world with a lot of activities to be completed.

And there are a lot of activities in LotRO - starting with the phenomenal PvMP mode (we can control Sauron's monsters and confront other players), through the so-called "skirmishes", to complex crafting and housing systems. And one has to remember that these are just the side dishes to the main course - a fantastic adventure, during which we face the forces of Sauron, and sometimes get to follow legendary characters such as Gandalf the Grey or Bilbo Baggins.

The universe created by Tolkien was very lucky because it was translated into both movies and video games with great success.