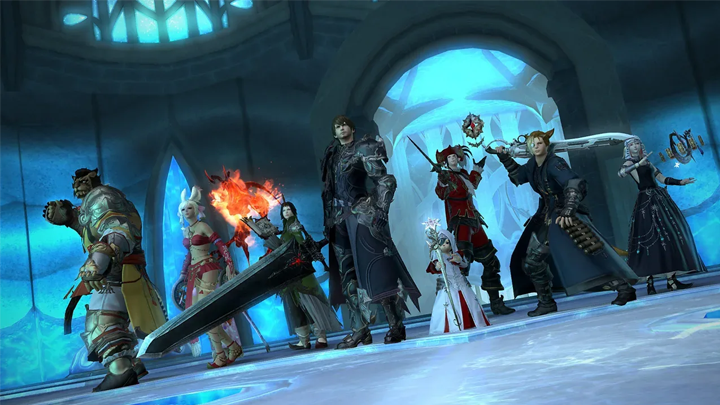 Description: the fourteenth installment in the legendary series - this time in the form of MMORPG. This is the second approach of the Japanese Studio to Final Fantasy XIV  the original version from 2010 was not very successful, so the developers learned their lesson.

A lot has changed in this Japanese production since its launch - players returning years later are sure to get dizzy from the huge amount of additional content and new options. Fortunately, newcomers will cope without any problems - Final Fantasy XIV: a Realm Reborn has one of the most developed tutorials on the market. Let's stop here for a moment and give credit the developers - the introduction to the game is a real masterpiece. The action at the beginning develops slowly, gradually introducing us to successive mechanics and systems. A great addition is also the manual section available on the game's website - these two sources completely cover the topic and answer all questions that may arise.

In terms of the gameplay, FFXIV is a classic modern MMORPG. The majority of the game can be completed solo - players enter temporary alliances only for the completion of dungeons introduced by the story. A built-in matchmaking system will help to do that. In practice, we can keep our interactions with others to a minimum. In most cases, we don't even need to talk to anyone.

If you are looking for a typical JRPG, Final Fantasy XIV is a great choice. The game offers an interesting plot, nice mechanics and a lot of cutscenes - what else do you need?