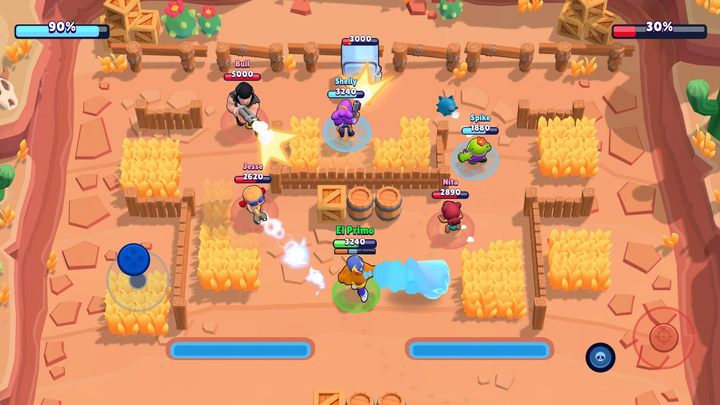 Brawl Stars is a simple arcade shooter with a top-down view. The game's appearance is unassuming, but it hides a big potential and a fine blend of genres. This is a hero shooter, with elements of MOBA. Each character is described with a series of statistics, has a specific equipment, and individual special abilities. On top of that, we can develop the characters, influencing their ultimate shape.

The gameplay focuses on multiplayer games, where completely different rules apply depending on the mode. We have a regular battle royale, but also 2v2 skirmishes  a variation of capture the flag.

SUPERCELL KNOWS HOW TO MAKE HITS

Brawl Stars  another game of the Finnish studio Supercell, and at the same time  another world hit. The Android version itself was downloaded more than 100 million times. In other words  there are plenty of gamers willing to have fun.