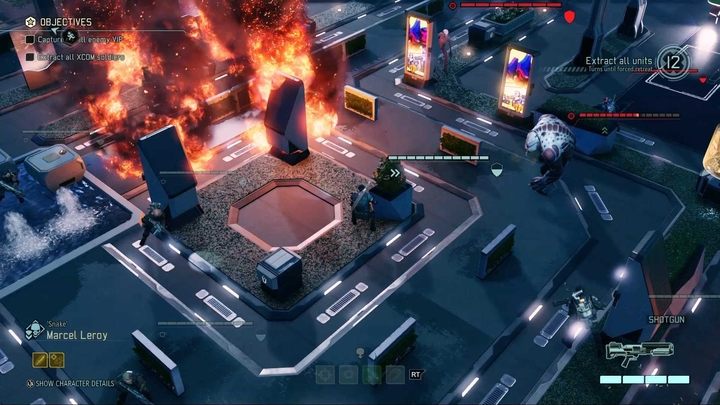 Appropriate formation and proper use of the land is a matter of life and death in XCOM 2.

The second place is taken by another title representing a cult series with roots dating back to the 1990s. In 2012, the XCOM series, like a phoenix from the ashes, returned to the electronic entertainment thanks to the Firaxis Games studio  yes, the same one that produces Civilization. Released in 2016, the sequel confirmed the dominance of the XCOM series in the market for tactical turn-based games.

The new version of the story of the alien invasion on Earth is, above all, a further development of a proven concept. The authors offer great opportunities to manage a team of commandos, leading a guerrilla war with the space invader.

Each mission, on which we send our team, is a unique tactical challenge on procedurally generated maps. The multitude of options and solutions that allow you to choose from different situations makes the resistance management more engaging than ever before.

New opponents have unique skills and ruthlessly use them against us. This makes the game a challenge from the first mission to the end of the campaign. At the same time, we should not forget the strategic aspect of the title, in which we are in charge of the entire resistance movement. A few inappropriate decisions related to the development of technology or the expansion of flying headquarters can quickly exclude our organization from further gameplay and force us to start a new one, which will certainly surprise us with other random events and situations.

Before the launch of the new XCOM series, it seemed that turn-based strategies were a thing of the past. The number of sold games of this series is being measured in millions.