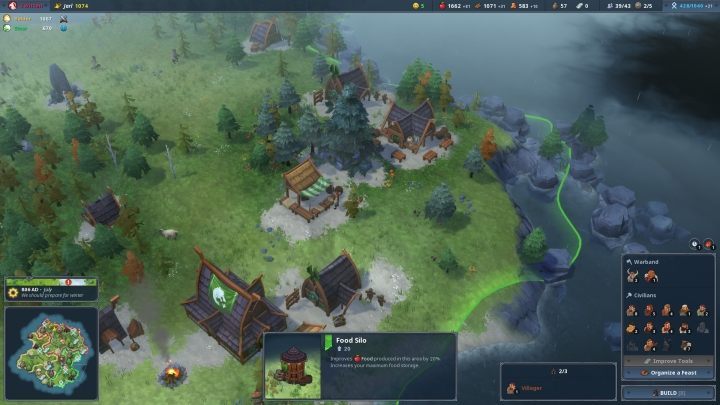 In Northgard, the onset of winter never bodes well.

Another item on our list is a game that is not afraid of comparisons with the classics of the genre, including the venerable series The Settlers. Northgard was called the spiritual successor of that series more than once. However, this game is, above all, the perfect combination of real-time strategy with survival, while also using completely original ideas, paving its own way.

The distinguishing part of Northgard are a few interesting patents that make the game addictive for hours. The entire game strongly refers to Scandinavian culture; our task is to effectively manage a Viking clan, so that it's able to survive the cold winters and successfully conquer new territories. Conquering new lands is mandatory to collect resources and have the opportunity to develop settlements, through the erection of new buildings.

In addition, as medieval warriors of the North, we must take care of the proper preservation of our name in the pages of history. Getting the appropriate fame is, however, one of the ways to win.

The developers tried to recreate the atmosphere and the kind of fun provided by the Settlers, but did it in their own way. This mission was a total success, and it makes Northgard one of the best survival strategies on the market today. 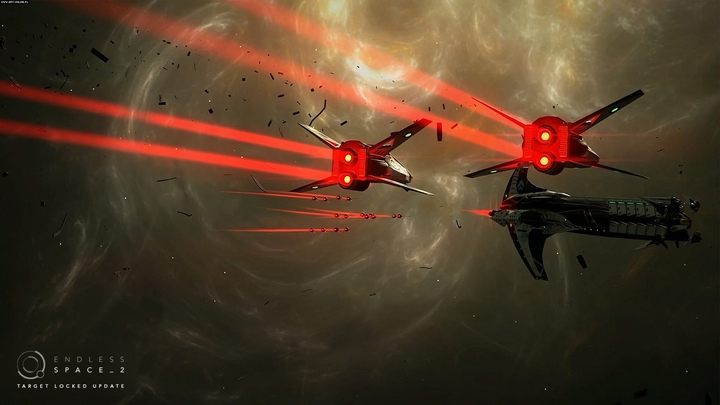 A huge advantage of Endless Space 2 is the audiovisual design.

Endless Space 2 is the follow-up to the incredibly successful production of Amplitude Studios. At the same time, it's a game showing that 4X space strategies are not only not dead, but actually better than you'd expect.

The second part of the series is a production of a truly cosmic scale. This, however, is a distinctive feature of all representatives of the genre, which has not so long ago been considered extinct. So choose one of the exotic races inhabiting the galaxy and embark upon the exploration, expansion, exploitation and, sometimes, extermination of the remaining alien species.

For those of you who prefer conquering a fantasy realm instead of galaxies, Amplitude Studios has an interesting alternative. Endless Legend, released in 2014, has collected very positive reviews for a non-standard approach to the model of gameplay and the successful implementation of the 4X genre in a fantasy setting.

The galaxy, which we will explore is not only full of random discoveries and raw materials, but also short missions with their own story. Added to this is a layer of management of the empire, which, for its depth and complexity, is often the cause of the "one more turn" syndrome.

Endless Space 2 is not the only 4X strategy on this list, nor our favorite game of this type. This genre has recently experienced a small renaissance, and there are many noteworthy games on the market. Endless Space is distinguished with a great combination of transparent game mechanics with amazing depth, which makes this title so darn playable.