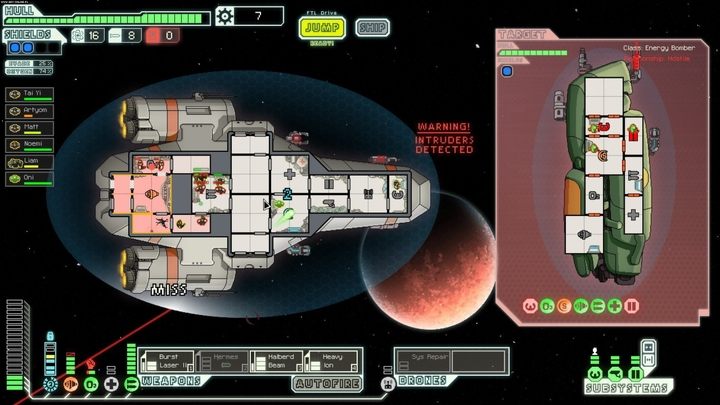 FTL is a great Murphy's laws simulator  you can be sure that if something can go wrong, it will definitely happen.

Another game in space and another classic. I remember a time when indie games were actually a niche market segment; later on, there was a real avalanche of this type of games, and some of them gained cult-classic status. One such icon of is precisely Faster Than Light.

This is not a typical strategy in which we manage our own army, it rather is a simulator of the crew of a spacecraft, which found itself in a very unfortunate position. This is the paramount example of how to make roguelike games, and one of those productions that allowed this genre to return to the premier league of electronic entertainment.

Those who are not satisfied with the archaic graphics, worthy of the classics, should take interest in another game, called Bomber Crew. The last year's debut from Runner Duck is strongly inspired by FTL. In case of that game, however, instead of a spaceship, we're in control of a world war II bomber, and it's all presented in full 3D. However, it has long been known that the roguelikes are all about playability, because the graphics can be easily reinforced with imagination. Fortunately, Bomber Crew represents a really good level in this respect.

The game from FTL Team includes the best features of roguelikes  high level of difficulty, and gameplay, in which players create their own story. Subsequent attempts to escape the rebel armada repeatedly end in failure and the spectacular demise of the entire crew, teaching the player a lesson that they can use in their next attempt.

The need to constantly learn, rack your brains and experiment with different solutions, combined with a randomly-generated galaxy full of dangers, makes Faster Than Light as addictive as a drug.

This is simultaneously one of these productions that just had to be included in this list. Due to the fantastic quality of the production and the great significance it has for the entire FTL not only earned this game a place in this list, but also secured for it a place in the history books of PC games (and on your hard drives). 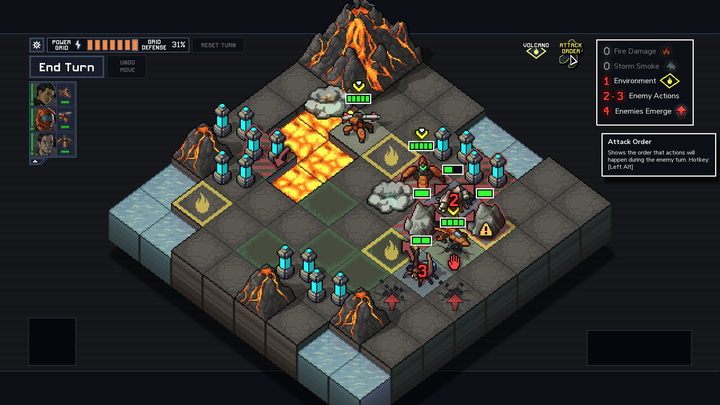 No move in Into the Breach should be hasty, as each can lead to defeat.

FTL developers can't be accused of complacency, as after the success of their game, they just kept on working. After almost six years, at the beginning of this year, we received their new creation, a game that instantly became a hit to match its predecessor's success.

Into the Breach is one of those games that, with relatively simple rules, offer an almost infinite number of possibilities. The comparison to chess seems very accurate, and by no means exaggerated. Driving three mechs, we have to play a series of battles on maps of modest size  8x8.

In this small area, but among a fairly diverse scenery, we are fighting space invaders, in the form of giant insects. Each unit, both friendly and hostile, has its own unique character and a set of combat capabilities, and to top it off, they can be controlled by different pilots, and the topography of the arenas can be crucial for the outcome of the battle.

The game is defined by an idiosyncratic atmosphere, with its mechanics constituting a tasty, tactical cocktail, in which dilemmas such as "sacrifice the civilians or risk defeat" are business as usual.

Although the premiere of Into the Breach happened only a few months ago, we can already say with confidence the game will enter the canon of tactical games. This is reason enough for the game to appear on our list.