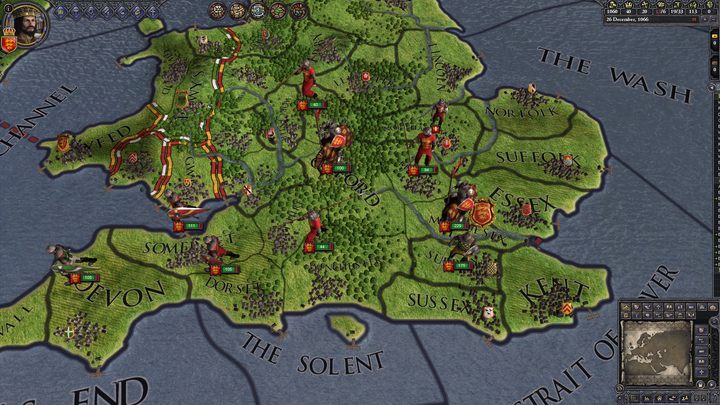 A situation where our ruler supports the rebellious faction of his cousin, who wants to overthrow his uncle as revenge for the death of his wife, killed in a conspiracy to annul his marriage, is absolutely normal in this game.

In the 11th place, comes my personal favorite, as well as the second the game from Paradox Development in our review (and we're far from finished...). Crusader Kings 2, began as a medieval dynasty simulator. However, subsequent updates and patches covered the core mechanics with a lot of additional attractions.

Similarly to the above-mentioned Hearts of Iron IV, and the great absentee of this ranking, Europa Universalis 4, Crusader Kings 2 is an extremely complex and confusing strategy. The premise of the game is reliable depiction of every aspect of medieval politics. The very essence of the gameplay, based on the relationship between the rulers, was perfectly conceived, and allows telling some amazing stories.

Probably the greatest absence on this list goes to Europa Universalis 4. The action of this game starts at the dawn of the middle ages and takes us through the entire modern era to the coming of the industrial revolution (which continues in the equally brilliant Victoria II).

The great advantage of this game is also the policy of the developers, who constantly support the game from day one, regularly releasing new content. Currently, Crusader Kings 2 offers almost every ruler of the medieval Europe and parts of Asia; at the same time, playing as an Eastern Caliph, or, say, a Scandinavian Earl, are two entirely different experiences.

Unfortunately, the depth of opportunity has a price, and not just literally (the price of the game with all available expansions is quite a figure). Crusader Kings 2 has a very high entry threshold. However, the game provides months' worth of entertainment, as, along with other flagship products of Paradox, it has already secured its spot in the history of computer strategies. 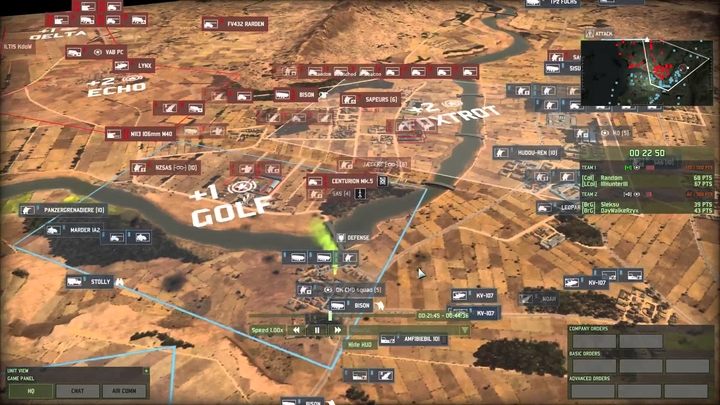 In Wargame we can take entire battle groups under command.

The first ten of our ranking of the best strategic games opens with the third part of the war games by Eugene Systems. As in previous editions of the series, we go back to the Cold War.

Wargame: Red Dragon is a real feast for the home-grown generals who, want to test themselves in the realities of a modern conflict. As before, the gameplay is divided into two main segments: the management of combat groups on the strategic map and the command of the army in direct clashes. The great advantage of this game is the great variety of troops that we can command. The game offers more than 1,200 types of units belonging to the three main types of armed forces, i.e. land, air and sea (which are new in the series).

Another big advantage of the third installment of Wargame is the ability to play scenarios straight from political fiction novels. Among the campaigns is, for example, the second war on the Korean Peninsula or the Soviet Union invasion of Japan. It is easy to guess that this time the fighting takes place in the territories of East Asia, which, despite all the years, still looks good.

"Red Dragon"  is primarily the expansion of the concept known from previous games by Eugene Systems. However, it's not a bad thing, since the Wargame series is undoubtedly the best strategy in modern setting. This alone secures this game's spot in our list.