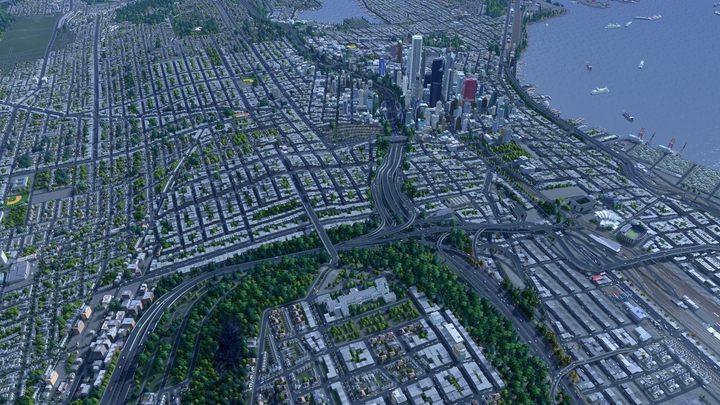 Nothing prevents us from building our own version of real cities, if we just have enough time.

Strategy games are not just about war and endless fighting. You have to remember about the economy and management  either of a group of survivors, a small businesses venture, or an entire city. And if you think about the best strategy games of recent years, no list will be complete without the king of all city builders.

Cities Skylines is a game in which there's not a single soldier, and our enemy are not tanks and artillery, but the mundane traffic jams. Take my word for it, though: it's as fierce an enemy as any, and defeating it will require sacrifice. It's well worth it, though: after forty minutes of designing a roundabout and demolishing entire blocks for highway lanes, you finally see the effects, and feel really satisfied.

Cities Skylines has everything a decent city builder should have: ample opportunities to expand the city, deep economic and urban mechanics and, above all, exciting gameplay. This is a game in which I many a night, setting up bus stops, establishing bus routes, or building airports and ports.

The game from Colossal Order has every element that secured the success of SimCity, but they all were revamped. On top of that, the game also doesn't have any of the shortcomings of the game from Maxis. If you have political inclinations and a desire for some holiday, we highly recommend this title. 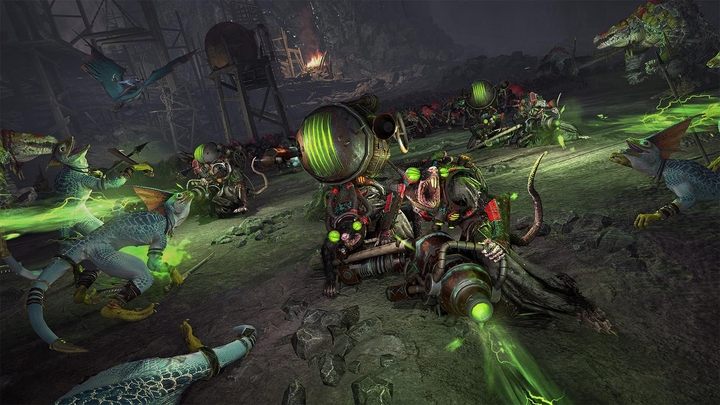 The dark atmosphere of the Warhammer universe goes well with the spectacle of Total War.

I think no is surprised that in the ranking of the twenty best strategic games in recent years, there's a place for the Total War series. The only uncertain thing was which game it will be exactly, and on which place it will be classified.

We ended up with the second Total War taking place in the fantasy universe of Warhammer. The decision was quite simple, as this game received probably the warmest reception scene 2011's Shogun 2 (the highest average of the series on Metacritic).

Taking the game into the dark-fantasy setting introduced a lot of changes into the gameplay formula. We got heroes with powerful trees of development, magic, monsters, flying units and so on. It was a real breath of fresh air.

However, all these things were already there with the release of the first Warhammer. It seemed that the second installment will be just a big bag with new content for the old game. However, in the end, it offered a lot of novelties, of which we ought to mention the story campaign with a clearly defined purpose, which refreshed core gameplay.

It's also worth noting that the hallmark formula of the Total War series, which combines turn-based control of the nation with real-time battles, hasn't aged one bit, and still provides an insane amount of fun.