US games come out on top against Europe 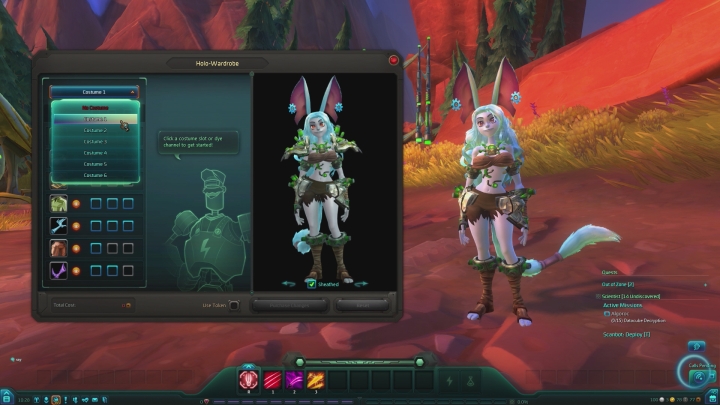 WildStar is a good, albeit underappreciated MMORPG.

One of the latest high-profile titles, which does not come from Korea, is the 2014 The Elder Scrolls Online. The same year has seen the release of WildStar  a project from people that had previously worked on World of Warcraft, which, unfortunately, met with little interest from the players, due to high difficulty level, among other factors. The devs were quick to drop the monthly fee, switching to free-to-play. This didnt do much to remedy the situation, despite the game itself being a nice, solid piece of work. What was the problem then? The answer is: marketing policy, the usual thing these days. 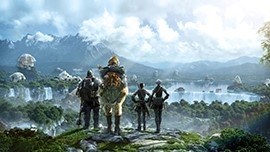 The first Final Fantasy XIV was released in 2010. The game met with a cold reception from the players, who pointed out numerous issues plaguing the game. In response, Square Enix shut down the servers and waited 3 years before the title was re-released as Final Fantasy XIV: A Realm Reborn. Its a reworked version of the game, developed by a completely different team.

Without a good advertisement strategy or a campaign on social media no game has a chance of being found by a potential buyer. Then theres the love of big numbers. Games that can boast a large number of active users gain attention by default. For example, the aforementioned World of Warcraft with its, lets say, 10 million users, is currently considered the best MMORPG that ever was. See the numbers? This has to be right! Another thing is the rich, recognizable universe. The players are more eager to trust something that is widely known, like the Final Fantasy or The Elders Scrolls franchise. It needs to be said, though, that recognition alone is not enough to guarantee success  the words Star Wars in the title were not enough to gather enough players around Star Wars: The Old Republic. The devs also had to work long and hard to convince the gamers to invest their time.

Thats why developer teams from Europe and US have a problem right now. The market theyre trying to conquer is already taken by established big shots. Each new title they release is bound to be compared to the greatest. When you want to swipe customers from somebody else, you need to deliver something truly outstanding. A developer studio, however, has bills to pay, making it hard to expect a big hit released as a free-to-play title. In the West, the players are not as eager to spend their money, and MMORPGs are most popular in Asia, where the market is already full of them, leaving no place for newcomers. The only way would be to release a game for free and earn revenue on micropayments  something that wont work on the Western market. 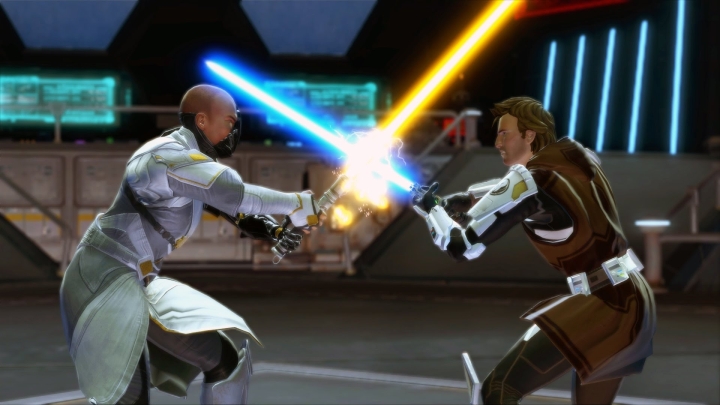 Professional dubbing and recognizable brand are not always enough.

No wonder, then, that local publishers would rather buy a license for an Asian game. Lets take Blade & Soul for example, brought to the West four years after its initial release. Black Desert Online, in turn, had some problems with its publisher who arbitrarily changed the games original, free business model to buy-to-play. Allegedly, it was the will of the players, but I have my doubts whether the players also wanted the vast offer of things to buy for micropayments. And by that I mean more than cosmetic accessories.