Companies can make some effort to save the game from oblivion, like it was done with the first part of the series Zork I: The Underground Empire originally released in the late 1980s, which finally received a remastered version after sixteen years for Sega Saturn and PlayStation consoles. This edition featured enhanced graphics, music and sound effects. Unfortunately, it only hit the Japanese market, effectively narrowing the pool of consumers.

Sometimes a remaster is created to adapt a game to working with modified control system. Resident Evil 4 can serve as an example. After conquering the hearts of players on Gamecube, and then moving on to PlayStation 2 and PC, the game also appeared on Wii which enabled us to wreak havoc among Spanish peasants using the wiilot. Occasionally, these are bad choices or lack of time to implement the right solution that bring about the important decision to publish a polished up version. This was the case with Metal Gear Solid 2: Sons of Liberty, characterized by a rather inconvenient camera control which forced the developers to reissue the game, with the addition of the word Substance in the title. This decision also created an opportunity to add another platform, as the game went to the first Xbox. While we're on the subject of Hideo Kojima, I must mention the remastered Snatcher, a cyberpunk adventure game that received an improved CD version for the consoles popular in the 1990s or the developer's greatest work, namely the first installment of Metal Gear Solid entitled The Twin Snakes, which was released as a revamped edition exclusively on Nintendo Gamecube. At some point, this Japanese device was the king of remasters  its worth it to mention the three refreshed parts of the Resident Evil series, of which only the first one recently made its way to other platforms after many years. 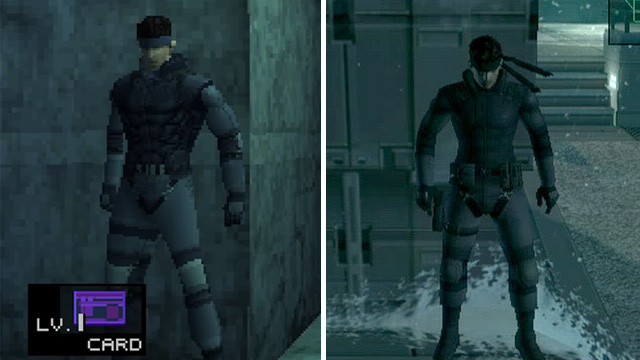 Metal Gear Solid before and after facelift.

Money Makes The World (And Game Industry) Go Round

Let's not be overly idealistic. The only reason why the players are surrounded with remasters is money and the current fashion dominating the game market. To be more specific, its the retro fashion whose culmination is already behind us, as the part of the "oldie vibe" was taken over by indie developers who create games that faithfully reproduce or imitate the atmosphere of the past. Without reaching too far back and limiting ourselves only to the last generation, we can use Bionic Commando Rearmed as one of the first examples of successful remastering. Capcom took advantage of the nostalgia of the players who remembered the original version and seized the moment when the retro fashion reached its highest point, to release a game designed to obtain market success, mostly thanks to the Xbox Live Arcade and PlayStation Network services that were just starting to gain momentum. In other words, they utilized the opportunity of the emerging digital distribution. It became clear that the refreshed versions of hits from the past attract customers. Remastered editions of Joust, Jetpac Refuelled, 1942: Joint Strike, Teenage Mutant Ninja Turtles: Turtles in Time Re-Shelled are just a few examples that showed the direction and prepared the ground for real hits that appeared later in the form of Halo: The Master Chief Collection or the brilliant The Last of Us Remastered. Its easy to notice that people like the things they are already familiar with. 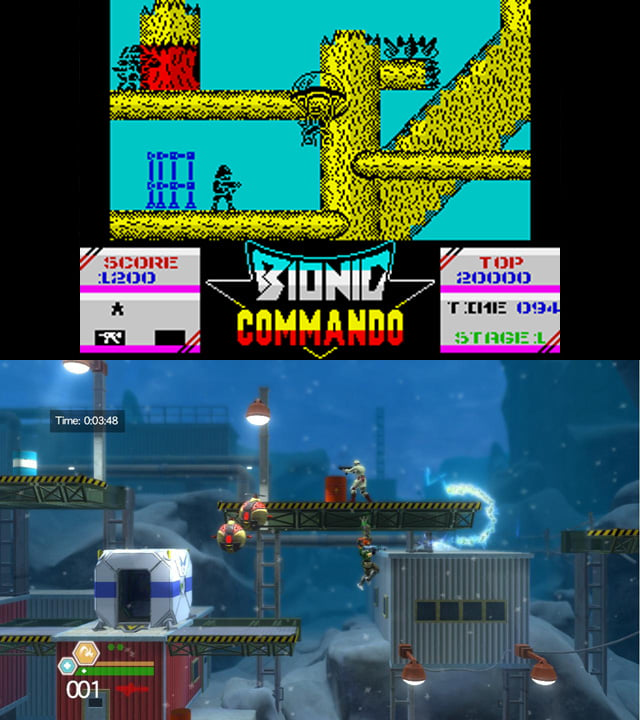 The obvious reason for releasing remasters is also the fact that a franchise that is well-known and already present in the minds of players requires much less effort in terms of marketing. The money saved in this manner will probably satisfy the investors who, of course, expect the largest profit with the least possible contribution. The game industry, though certainly many people are still unaware of this, is not a charity foundation. Business is the most important aspect and understanding this fact is the first step to ensure a realistic approach to the prevailing market conditions. Remaster of a known franchise means that a flashy advertising campaign is not necessary, and it usually doesnt require the work of staff writers and designers, because this effort had already been made by someone else. This observation is a little less applicable in the case of remasters created many, many years after the release of the core edition, but is a perfect match when it comes to games such as The Last of Us Remastered, where a smaller team took on the work, while the remaining employees were assigned new tasks. Once again, the developer and the publisher save money, and we gain knowledge as to why remastering is alive and kicking. This is also due to the completely new customers who haven't had a chance to buy the game earlier, or didn't even have the hardware necessary to run it. Perhaps some of them did not have any idea about the earlier games, but its here that the media or buzz marketing come to play. After all, something that had once been great should remain this way.