You're the best! High Scores 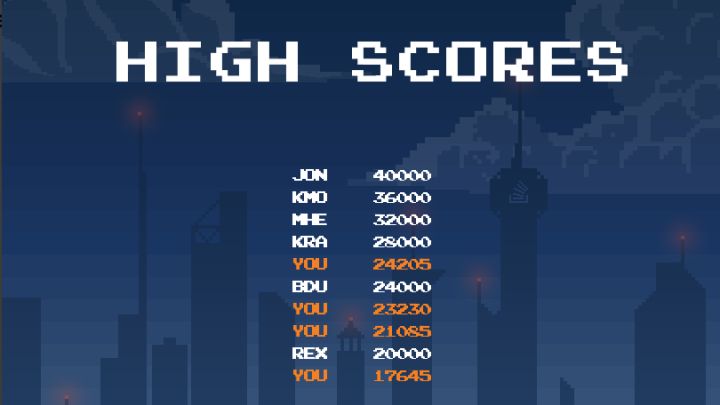 All right, now where we're gonna cheat the system a little bit. Scoreboards are almost as old as the gaming industry. As early as in the 1970s we could compete and flex our skills in video game arcades, jealously watching the top scorers, or ourselves trying the get our names to the top of the list. Is there anyone who hasn't heard about Pac-Man and Donkey Kong, about Billy Mitchell and his legendary rivalry with the amazing Steve Wiebe, which even got its own feature movie in a 2007 documentary titled The King of Kong: A Fistful of Quarters? But even we, ordinary guys and gals, competed for the best scores in arcades, or on our own, 8 or 16-bit machines.

But how are we bending the rules here? Because the scoreboards aren't really dead. They have simply become void of their esoteric appeal, becoming a tool for precise measurement of our own performance, showing our ratios, accuracy, counting and adding up our every shot, dividing every frag by the number of bullets. High score has become an integral part of multiplayer games and it will probably never disappear. After all, it's nice to know that you shoot better than a random dude from across the ocean.