Facial expressions that we need to pay attention to 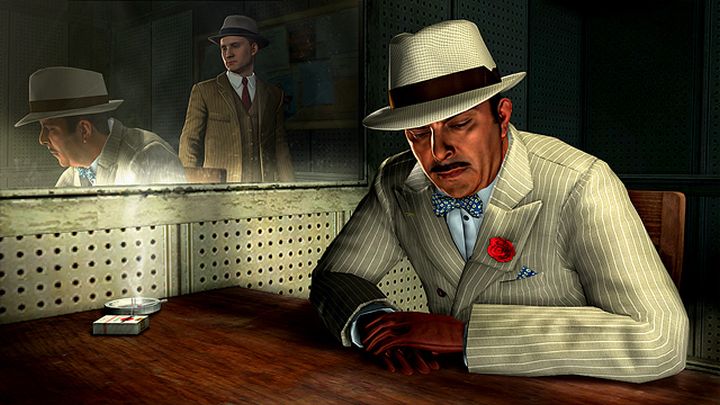 He smiled cunningly  there's an trick in this quest!

In 2011, the name of Australian dev studio Team Bondi was on the lips of all the players. This happened, of course, with the release of a detective, action-adventure game produced by Rockstar and entitled L. A. Noire. A decade ago, we've admittedly already had some intricate systems mimicking facial expressions, but the facial animations we've seen during Cole Phelps investigations, was something from another level. The MotionScan System used thirty-two cameras to track the actors' faces, allowing to transfer their facial expressions to the screens in a very spectacular and realistic manner. Investigating and interviewing witnesses and suspects was supposed to be the icing on the cake of this well-received production.

That's right, but did MotionScan actually turn out to be as big a breakthrough as its creators wished? I think the opinions are mostly divided because the solution (in its infancy, let's not forget) wasn't always working the way it should. The game seemed to emphasize the facial expressions too much  they often seemed exaggerated, grotesque, even, doing a rather poor job at showing genuine emotions.

New, more efficient techniques of capturing facial expressions were developed since, and the MotionScan system has been completely forgotten. It may have been resurrected by Team Bondi's game Whore of the Orient, but work on it has long been put on hold. The world has moved on and despite the revival of L.A. Noire in 2017 on eighth-generation consoles, today, it's unlikely that anyone will reach for outdated and expensive technology. On the other hand, the idea for a game that's at least trying to make us pay attention to character's facial expressions was fantastic, and it's a shame no one attempted the concept since.