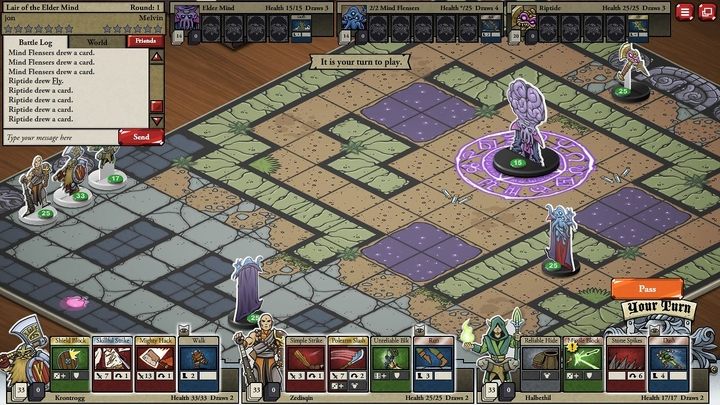 We have already presented some interesting strategies that were originally released on mobile devices. However, due to the specific character of this overview, it is also worthwhile to take a look at the browser games. It turns out that there are also titles that may be interesting for virtual strategists, and one of them is definitely the free-to-play Card Hunter.

The first game of the Blue Manchu studio is a combination of a strategy game, card trading game and an RPG. However, the main inspiration for the creators were the old-school tabletop role-playing game systems like D&D. This can be clearly seen in the graphics design, which may not impress that much, but definitely has its charm. In-game dungeons, character models and monsters resemble tabletop props that can be played during a real D&D session. There is even a game master, who is responsible for the narrative, his brother and... a lady who brings you some pizza.

During the game, you walk through the map of the fantasy world and visit subsequent dungeons, in which you can take part in turn-based battles with various monsters. You have to use cards during combat, so collecting them and building your own deck is one of the key elements of the game. In the dungeons you can find new cards, but also a lot of equipment  as you could suspect, loot plays an important role here.

The game is free to play, but it has a microtransactions system. Although most of the items necessary for further progress can be obtained during normal gameplay, some of the unique enhancements or bonuses can be unlocked with a special currency, which is... a pizza. Of course, you have to buy pizza for real cash.