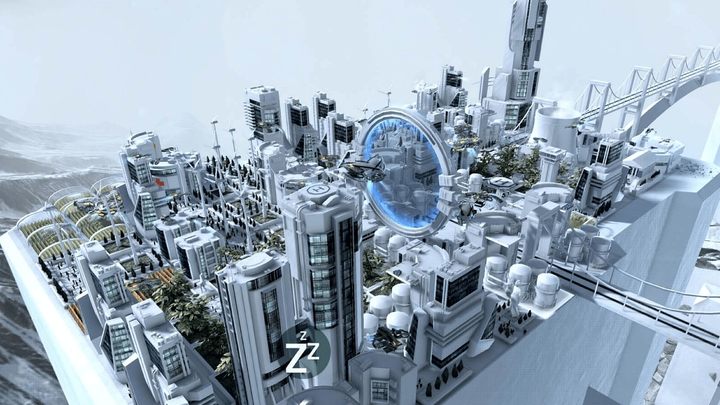 Quite recently, we have described Cliff Empire in an overview of most interesting strategies of 2019 that players might have missed. It's worth taking a closer look at this interesting city builder and end this type of genre on our list.

Cliff Empire takes place in a futuristic world where a nuclear disaster has made most of the Earth uninhabitable. The only places where people can survive the atomic winter are the title cliffs situated high above sea level. Your main objective is to rebuild the entire human civilization.

As in all such titles, you construct more buildings, launch new production chains to ensure the welfare of your residents and at the same time maintain the finances of your small town. The main problem is that these cliffs are relatively small, so you have a very limited amount of space to develop further. Over time, further expansion becomes impossible and you have to find some alternative solutions. For this purpose, you can occupy more cliffs, which are considered as separate cities. This requires establishing a network of connections between your settlements so that the goods produced in one of them can be quickly and efficiently transported to the others. You can also focus on developing new technologies in order to build new structures on cliff walls instead of their tops.

The game has decent visuals, thanks to which you can admire the ongoing development of your future cities in the clouds. However, if you don't like the feature of space management, then you can turn it off and build your city on a flat terrain without any restrictions.