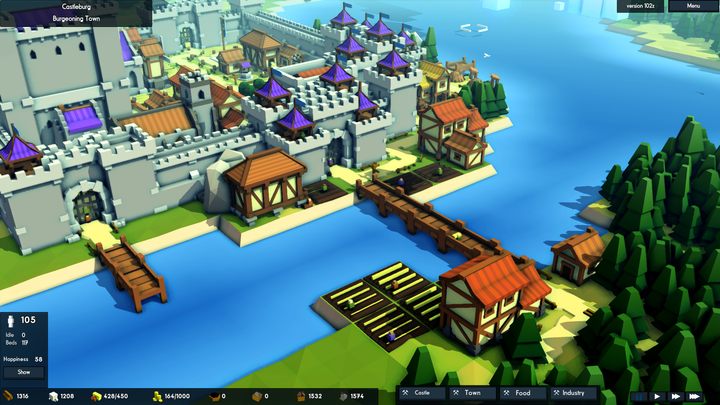 I think I'll never get tired of construction-themed games. Although the gameplay in many city builders looks similar, a well-designed representative of this genre can consume many evenings of my life. A good example is Kingdoms and Castles  a great video game, which most probably didn't get enough recognition.

The game was developed by a team of former Maxis studio employees. I guess I don't have to add anything more or explain the achievements of extremely popular Maxis studio. So you even don't have to ask whether the developers have done their homework, because Kingdoms and Castles contains all features that a good city builder should have. Your task, as usual, is to expand a small town to a significant size. To do this, you collect resources, construct new buildings, plan the budget and try to maintain the satisfaction of residents at the proper level. Every city builder must also have its own theme. In the game of Lion Shield studio, this unique element is a dynamic world, full of various disasters or unexpected events. They have the form of fire-breathing dragons, Viking invasions or various plagues and make the defensive aspect very important in the game. For this reason, in addition to expanding the city, you also need to develop your castle, which at critical moments serves as a further line of defense (just like in tower defense games).

Kingdoms and Castles has a fabulous, stylized and extremely colorful visual design, which is another advantage of this title.