The cult Top Gun is not the only picture with such strong influence on the imagination of players. Equally popular seems the, somewhat cheesy, but still having many fans, Iron Eagle. The fan-made campaign, which used the script, dialogues, and songs from the movie, had appeared much earlier, using the F/A-18C out of necessity. In just two weeks since the launch of the F-16C Viper module, its author replaced the aircraft with the correct ones, refreshed a few details, and thus created an excellent story action game that's incredibly compelling and amazes with epic moments. 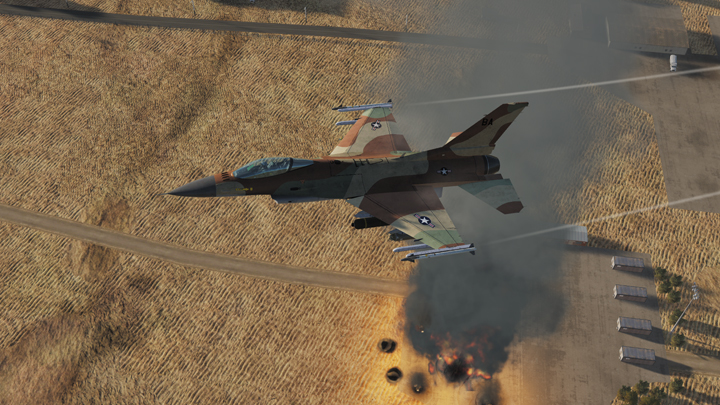 Destroying hostile targets, complete with the dialogs of the characters and Queen's music jamming in the background is an experience comparable to many modern AAA games.

The F-16 in desert camouflage is, however, not the Iron Eagle. It's also a throwback to one of the loudest and most entertaining games of yesteryear  Strike Commander. Before Star Citizen became Chris Robert's bee in the bonnet, Strike Commander was the synonym of the mega-production, which back then was way ahead of the capabilities of modern PCs, and the patience of the developers. Today, the hit story of the mercenary pilots evokes mostly fond memories. I created an SC cover on the game engine, and submitted a paintjob recreating the coating of the Wildcats division, and they both received fantastic feedback  and it's not just from the generation of players that still remember Strike Commander. The younger players would also love to play a good game about airplanes  an Ace Combat, but in the style of night assaults from the latest version of Modern Warfare!

Released in 1993, the production from Origin Systems is one of the most iconic  but also forgotten  fighter jet simulators. The game was created by Chris Roberts  known for the Wing Commander series, and today is associated primarily with Star Citizen. The game was very innovative for its time  it had an extensive plot and a powerful economic aspect.

Given the support from fans of space travels received by Star Citizen, it can be assumed that a role-playing game starring modern fighter jets could generate a similar level of hype. The community centered around simulators is probably really looking forward to a game that's about more than just realistically pressing hundreds of buttons in the cockpit or performing the same procedures over and over again. And in general, we can say that such products already exist, in a sense. In the paid DLCs on the DCS World platform, we can find story campaigns filled with plot twists, tense moments, well-recorded radio transmissions and, above all, fleshed out heroes that we will care about and listen to with pleasure. 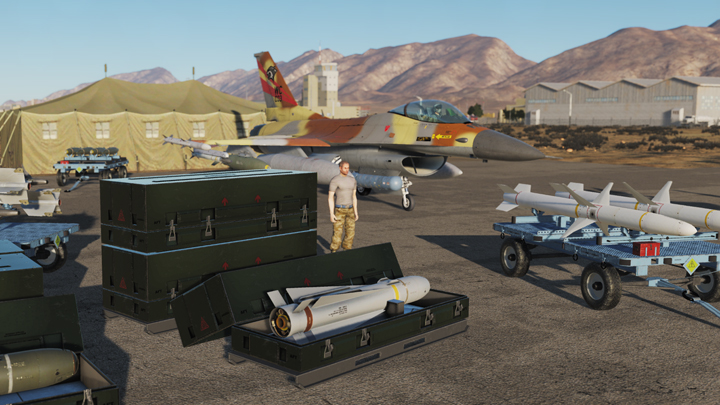 "Im a fighter pilot Tex, not a murderer"  a new Strike Commander could really stir the industry.

From book to story-driven action game

The real specialist here is the Polish indie creator  Baltic Dragon. Although he supervises his projects himself, he can always count on the huge support of people from all over the world, including former and active pilots, people working every day on military aircraft, who know the appropriate jargon and procedures. Each mission in the campaign is not only a great emphasis on the authenticity of each task, but also a lot of action varied by natural-sounding dialogs. Such a story, oddly enough, can be quite engaging! Despite the limitations imposed by the perspective of the cockpit, it's actually pretty easy to follow it.

Baltic Dragon is currently working on bringing Kevin Miller's best-selling book, Raven One, into the DCS. This is the first of the novels from a former US Navy pilot, who personally commanded a squadron of Hornets in real combat missions, and used his experience in writing. There's no question simplifying the game by just creating several missions with targets to destroy, based on those described in the book. Acting with the full support and assistance of the author himself, Baltic Dragon creates a real mega-production, including recording voice actors playing individual characters from the book. He transfers their personality, temperament, fate, and the whole background of the exciting world of Navy pilots to the simulator game, in the form of interconnected combat tasks. Kevin Miller himself, in turn, ensures the realistic mission envelope, for example by supervising the correctness of radio jargon in the dialogues. Bearing in mind the quality brought to Enemy Within or Red Flag Campaign with such approach, we shouldn't worry about the end result. 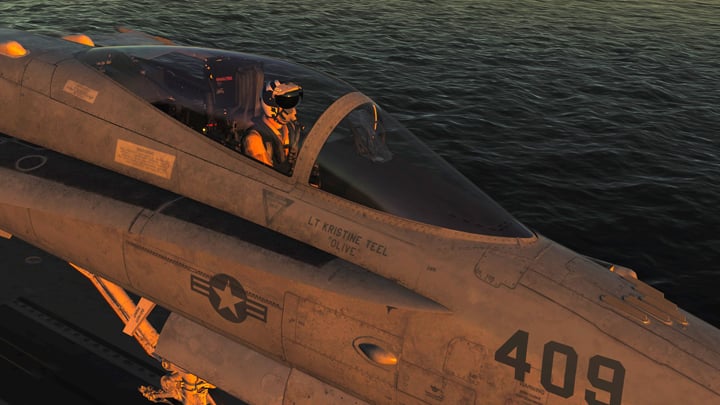 In "Raven One," each plane has details corresponding to particular heroes of the tale. Many of them will be enacted by well-known figures from the DCS World community.

The produced by Baltic Dragon and several other professional campaign creators, however, is merely a drop in the ocean. In addition, these are also incredibly challenging games with a very high entry threshold. While the plot, its twists and the narrative are sure to be very appealing, the need for impeccable knowledge of all aircraft systems, especially navigation and the super hard air refueling, render the cinematic campaign rather inaccessible for all but a narrow group of the most dedicated virtual flight players. In modern simulators, there's not enough elements that would cater to the regular player. Restrictions tend to prevent cut-scenes, there are no stylish menu screens or immersive stages before the gameplay proper.