Simulators without a soul

The question of boring, soulless tables and walls of text, which usually precede the gameplay stage, was recently discussed on mudspike.com  one of the main Internet services dealing with simulators. In an interview with a developer from DCS World  Matt Wagner  he was asked what he thinks about the incredibly stylish design of simulators from the 90s, where we moved around bases and hangars of the with perfectly prepared menu screens or animations. Is there a chance to return to this style?

Wagner emphasized his unusual love of the games he grew up playing, and assured that he would love to bring at least a small part of that back to DCS World. However, he added that because of the platform's huge versatility, which offers civil and military aircraft from various historical eras, creating a full-blown experience is not possible, nor even desirable. In the future, however, we can hope for some form of squadron management and RPG elements related to it. 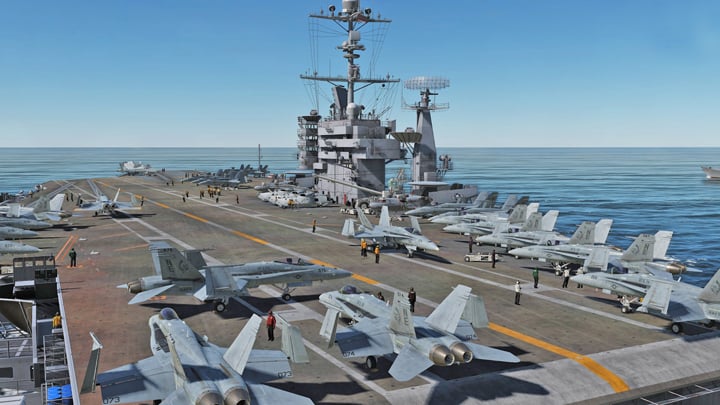 The interactive deck of the aircraft carrier should feature a genuine briefing room.

Such a substitute for creating an atmosphere before the gameplay proper should appear in DCS World with the upcoming Supercarrier module. The highly interactive ship, with working elevators and animated crew on board, is also expected to feature an actual briefing room, in which players will be able to track their progress, check mission objectives, and select their armament. After the briefing, it will be possible to walk through the ship's corridors to your vehicle  possibly in a sequence similar to that from Battlefield 3's campaign.

We really need a title that combines an interesting plot and realistic, but also accessible mechanics of flight and aerial combat. Such a healthy balance was once achieved by none other than MicroProse, even though the story module was practically non-existent in their game. These games were incredibly engrossing, even to complete laymen, thanks to an interesting and atmospheric representation of the world of combat vehicles. But given the words of Matt Wagner, and considering where modern sims have ended up, a genuine fligh sim would have to be created from scratch, rather than be based on any current game. Such a production could be created by, for example, the returning MicroProse. 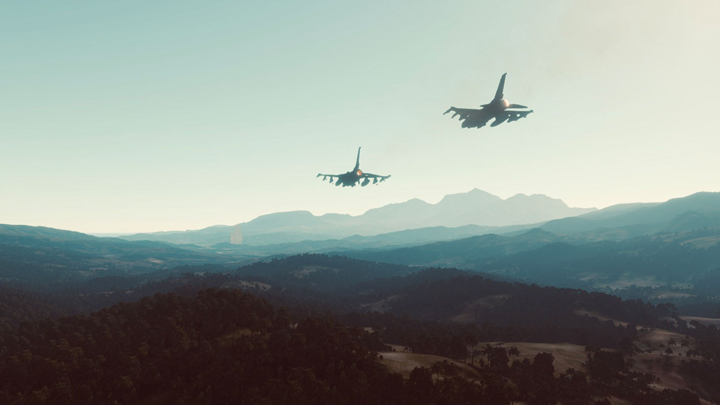 The next-gen flight simulator must be created from ground-up.

The question is whether a new (in a sense) studio that has to establish its position even stands a chance of creating a game with greater scope than a simple on-line game. And if so, will they want to risk creating something that was popular such a long time ago? Releasing a new brand in the simulators segment entails quite a few uncertain decisions and choices. Making it a PC exclusive, or trying to bring it to consoles? If opting for the latter  should the console version be simplified, or should it come with an inventive solution for operating all the dials and buttons in the cockpit?

The best benchmark will probably be the release of the new Flight Simulator from Microsfot. It will show whether virtual flying really has a potential to reach a wider audience, and what solutions can be offered to casual players and console users. The success or failure of Flight Simulator may be a benchmark for other publishers, though one should also bear in mind that civilian flights are much less exciting for the average player. Still, it could bring back virtual flights back into fashion, so maybe some publisher will decide on something more ambitious than the hugely disappointing announcement of the resurrection of the Comanche series, which looks more like a mobile game. 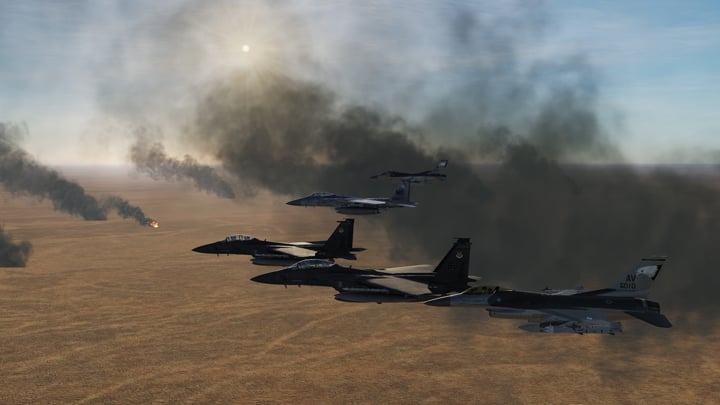 Operation Desert Storm in a new game? Modern graphics allow to perfectly reproduce the historical moments, only the atmosphere around games is quite different than it used to be.

The prevailing standards of political correctness today rather preclude the emergence of a game with a campaign based any modern conflict (such as the older productions of the Gulf War), but an air sim with a story in the style of a good action movie could refresh the entire industry. In the era of popularity of all sorts of personalization of each element, a game about a fictional army of mercenary pilots with an economic aspect, giving you the ability to design your own base and aircraft  something in the style of Strike Commander seems a great idea that has been waiting too long for the correct implementation. So, will we get a decent, narrative-driven game with airplanes after all?