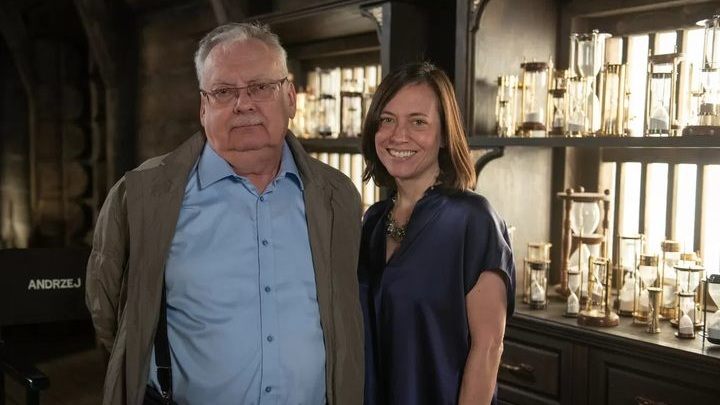 In the end, only his opinion matters.

As you can see, the editorial board is almost completely unanimous  the opinion is similar to mine. It turns out CD Project RED was more faithful to the original and exerted more talent in the adaptation of Sapkowski's work than Netflix. Not only that  also bolder, not afraid to offer a mass audience something more challenging. And not enamored by Game of Thrones.

However, there is another criterion by which the game and the show could be evaluated. Which adaptation is Andrzej Sapkowski happier with? Well... Here, all the advantage that earned by The Witcher 3, generally loses all significance. I somehow can't see him coming to Polcon in a few years to announce that "the only thing he owes to the series is a massive shitstorm," as he once summed up his opinion about the game. And it's not just about the money.

It's just that the creators made the effort to show that his work was the foundation of their work, not the other way around. Which makes Sapkowski happy enough, because why wouldn't it. Maybe he'd hold the games in higher regard if people from CD Projekt RED decided for a similar gesture during the promotion of their games. Maybe not. The key fact here is that motion-picture is a much more familiar ground for Sapkowski  unlike the games. I think it's primarily a matter of taste and aesthetics  the books with covers inspired by the games aren't cool, and by the TV show, are ok. Probably nothing can change this, so... well, too bad. One can only hope that Lauren Hissrich and her team will do the homework and up their game with season two, because one thing we can't deny  the potential for an epic series is undeniable.