Spider-Man: No Way Home didn't blow me away. I left the screening satisfied, but that was it. It's successful because it's an optimistic film that hits the right time to brighten the dark hours. A bit touching and with lots of goodies that will make fans of the MCU spider happy. However, for a certain audience – including me – something else was more important. The film paves the way for the return of Spider-Man's greatest actor, Andrew Garfield. And of the most interesting, unfinished series about Peter Parker, The Amazing Spider-Man. If anyone should own the final installment of this hero's adventures – it is Garfield. And there are several good reasons for it.

NOTE! SPOILERS FROM DIFFERENT SPIDER-MAN MOVIES MAY APPEAR LATER IN THE TEXT. BE WARNED!

The Amazing movies were as fortunate. Yes, they have made heaps of cash ($758M and $709M, respectively), but that was not enough to satisfy Sony. After repeating scheduling issues, the distributor said "F that" and went to cooperate with Marvel and Disney (burying, along the way, an excellent cartoon, The Spectacular Spider-Man, which I privately value even higher than Into the Spider-Verse). This is how we got the "home" trilogy from the MCU (Homecoming, Far From Home and No Way Home) – three decent, correct films that provide a bit of fun, but in fact they lack real emotion – apart from a few flashes of joy and feels. They're a nice experience, occasionally flaunting something interesting, making a good joke, and both Far From Home and No Way Home bring some wild ideas in the background. 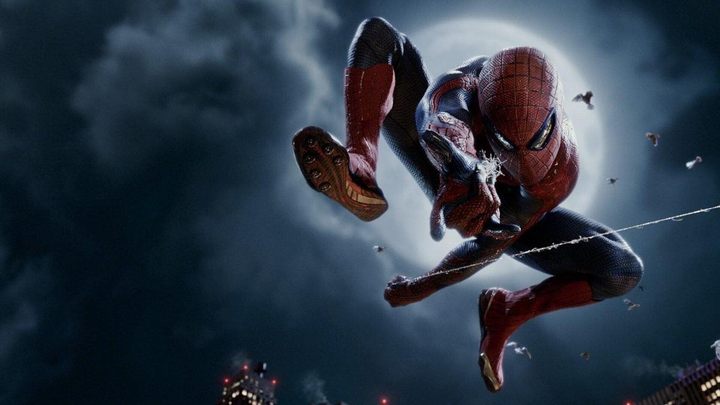 However, I could never shake the feeling that these movies were too safe. Too polite. That these are just nicer episodes of the MCU cinematic series. There was something about the way it looked, and about the scrip itself that made me certain about it. It was not a full experience, because these productions left me wanting – and not in a good way. I just felt the spider wasn't venomous anymore.

It was different with both Sam Raimi's Spider-Man and Marc Webb's Amazing. Raimi's trilogy is a heroic fairy tale set in New York, at times dramatic, but above all exaggerated and cute. It opened the door that had been sealed after Batman and Robin's defeat, and which were then forced open by The Dark Knight, followed by all the MCU hosts. And although Raimi planned as many as eight parts, even this imperfect trilogy brought a kind of emotional closure. A chapter ended there. With The Amazing Spider-Man, it was different. 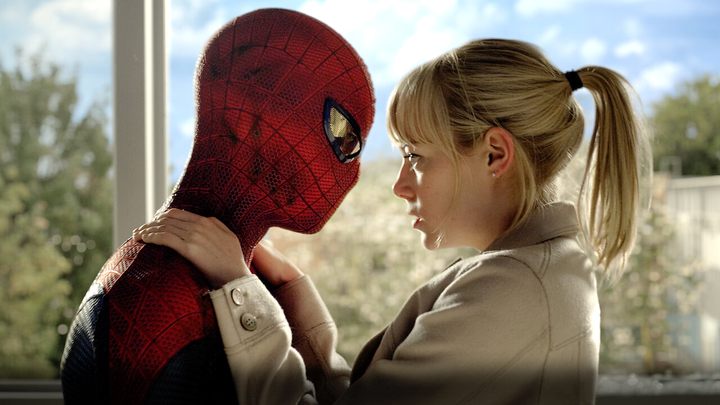 The first film in the new series had to deal with the legend of Raimi's trilogy and, according to many, it did not fare well in this comparison (nostalgia is a force to be reckoned with, even in spite of quality). At the same time, it was overshadowed by the success of the Dark Knight, director Marc Webb had to follow the trends and he managed to, resulting in a slightly darker, slightly more selfish and wittier Spider-Man, with whom it was easier to identify. I myself was in the minority that finally found their own version of the comic book character thanks to Garfield's interpretation, but the rest of the internet was voicing discontent. Fortunately, the movie did quite well (it's just a very good film) and the sequel got green light. And that's where the problems started.

The second part was far from perfect, but I can't really dislike it. The producers butchered the second Amazing, and the studio gave Webb crazy requirements from the beginning of the creative process. The film was supposed to tell a kosher story and at the same time give the entire universe some swing with spin-offs, making it a torment for everyone involved, including Garfield. The strange mental shortcuts and an awkwardly twisted scenario didn't help (all those teasers of future productions had to be stuffed somewhere), and the thread of parents bogged down the plot. 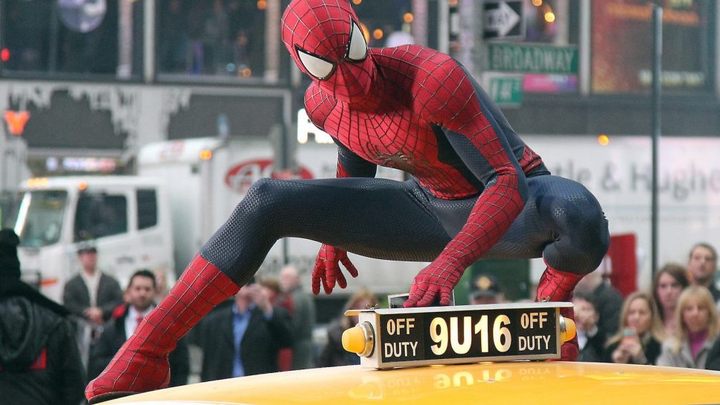 And yet the movie wasn't a flop. It was just that the problems prevented it from reaching the level it could easily achieve. The level of the best Spider Man production. Even with such baggage, it was a show full of intense emotions, humor and acting charisma of the entire cast, not just Garfield and the phenomenal Emma Stone. When it clicked and the scene really worked – it was a full blast. Contrary to widespread criticism, Marc Webb did many things well. For example – many have rebuked him for the fact that the third villain – Rhino – was only present at the beginning and ending, but actually, the marketing is to blame for spamming this particular character in trailers. The scenes in which this thug appears are a sensational compositional brace that emphasizes the tone of the entire movie; the beginning wounds up, and the ending closes everything with a nice, cheerful coda.

He mixed ideas from different versions of Spider-Man (the main one, known from classic comics, and the alternative version of Ultimate), but in fact he was the most faithful to comics, both in terms of aesthetics and in terms of balance between drama, comedy and brawl. The core of both parts, their emotional overtone, was closest to the comic book original. And his honesty and aggressiveness emanated from him, pulsating with what fueled the pop culture in the second decade of the 21st century. In addition, the second Amazing showed the best cinematic Spider outfit. 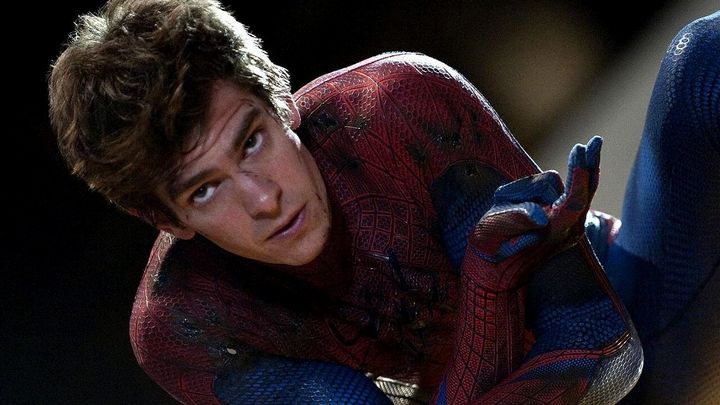 Andrew Garfield presented the fullest interpretation of a slightly more mature Spider from newer comics. By the way: I sincerely recommend the series written by J. Michael Straczynski, it is sensational in terms of ideas and literary processing, with great monologues, dialogues, humor, drama and action. He was a combination of a swagger, a clumsy kid and someone who is actually learning responsibility and struggling with the darkness, not only that in enemies, but also hidden somewhere inside himself. Garfield WAS the Spider-Man. Proactive, a bit clumsy, but also determined protagonist pushing forward – and at the same time one of us, a guy with usual problems complete with supernatural ones. The actor understood this character very well because, unlike Tobey Maguire or Tom Holland, he was a genuine fan of the Spider comics. He even agreed to a significantly less pay (1.5 million dollars for each film) than both his predecessor and successor.

Garfield was accompanied by a brilliantly performing cast, with the fantastic Emma Stone at the fore. The actress, known for example from La La Land , Easy A or Birdman, breathed new life into the classic heroine. Her Gwen Stacy showed teeth, charisma and pursued her own life goals, while she was much more than a damsel in distress. She actively helped Spider-Man and used her intellect to give the main character an edge. The relationship of these two was at the heart of both films, also thanks to the excellent acting of both of them. It was only because of these great foundations that the death of this character hurt so badly and left Spider-Man with Pyrrhic victory in his hands and bitterness in his heart. And viewers with the need to see how the Spider can handle the new burden. 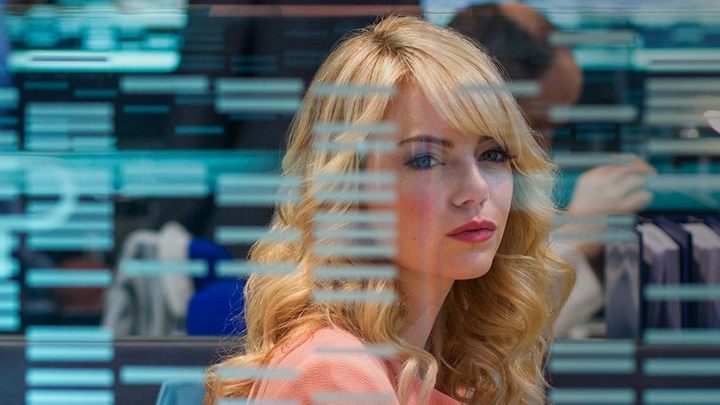 And despite the bitterness Parker faced over and over again – there was something optimistic about both Amazing movies, a deeply humanistic understanding that we may carry many scars, but we're still capable of giving the world something positive, a little smirk.

The ideas for the action scenes were also impressive, there was something comic-camp in style, and at the same time – damn spectacular. Cinematic. The shots and dynamics, despite occasional imperfections of the CGI, had their weight and gave the viewer enough space to fully immerse themselves in the picture. Rocking on the spiderweb seen in FPP made an amazing impression, and some shots of the flight over the city looked like straight out of comic books. And they had something special about them, too. Just like in a proper movie, not in a high-budget Marvel safe series. This image took the risk and played with style. 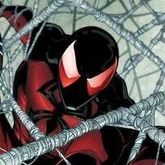 Spider-Man and similar heroes multiply. If you want to know where to start acquaintance with the comics, check out this text. However, if you want to read good entertaining stories about someone from a spider family or the universe – I recommend Scarlet Spider with script by Christopher Yost. This is the story of Kaine, the evil brother and clone of Peter Parker. Kaine tries to start a new life away from the problems plaguing New York City, the official capital of the heroic world, but runs into trouble and lands in Houston, Texas. There, they require a slightly sharper approach from the superheroes. The series has a great start, good dialogues, cool characters and explains a lot on the run, thanks to which, despite the rich history of the characters, we easily comprehend everything. The only drawback is that you have to find the original issues of books or collective albums, but it's definitely worth it. This is one of the best spiders in the last ten or fifteen years.

With all the spectacle, the Amazing series was clearly stapled by the independent director. Marc Webb, whenever the studio allowed him, carefully built ambiguous, memorable characters. Even Uncle Ben (Martin Sheen) is a flesh-and-blood persona, rather than an archetype to deliver a meaningful sermon and shoot. The Amazing series had great relations between the characters, full of tension and generating conflicts, which often resulted from the fact that people were only people and they did not always get along well. And it all came out reliably even in the "two," despite numerous ailments. 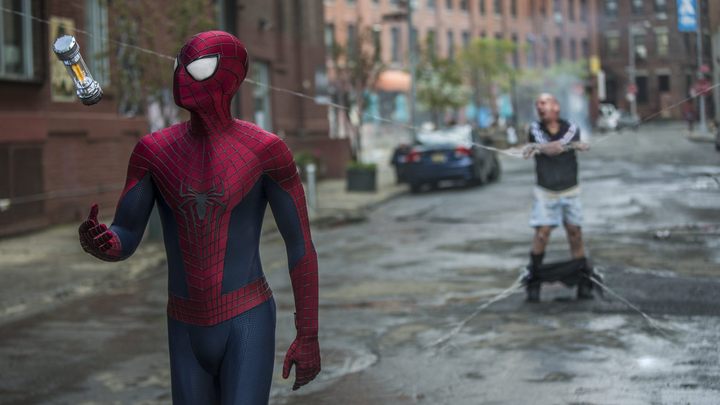 Unfortunately, Amazing Spider-Man 2 left Peter and us with many questions and loose ends. What next with the conflict between him and the greatest enemy and friend at the same time? How will Parker handle losing a loved one? Will he fall into the dark or will he still be the nice, only more experienced Spider-Man from the neighborhood? Which of the enemies will stand in his way? Will we finally see Black Cat, a cooler Catwoman, in all its glory (Felicia Hardy, the alter ego of Cat, was performed episodically by Felicita Jones)? And what about those hapless parents of Peter...?

Over the past ten years, it seemed we would never get to know that. Sony was busy with Venom , the oncoming Morbius, and at the same time collaborated with Holland on the Spiders. The concept of the multiverse, which the mass viewer is slowly getting used to thanks to the MCU, carries the one good news that, in principle, nothing is a foregone conclusion. This marks a place for more than one Peter Parker on the poster. And while Tobey leads the way in many polls as the most popular Spider Man, a large group of fans are still in favor of Garfield's return. The actor himself expresses enthusiasm to the idea.

And someone here is clearly probing the market. Nothing has been officially said, there may actually be no specific talks underway yet, but the amount of double talk and suggestions in the Spider-Man news suggests there is at least will to see the Amazing return. There were even fake news about the confirmation of the work on the third part. I do not know about you, but I would like another such rumor to be true. If, after all the hits, Zack Snyder's Justice League was successful – then the much more popular Spider should be as well.