The obsolescence of the current generation isn't the most flagrant because the quality of graphics is particularly bad, nor even because the framerate can dip below 30. The real bottleneck are the HDDs. The disk that can be found in most contemporary consoles, a 500GB, 5400 RPM SATA II, is a real fossil.

Given current titles easily exceed 100 gigabytes of volume, my PS4 can't accommodate more than just three, four games! Loading levels lasts so long that you can prepare coffee in the meantime  not to mention how long it takes to install a game or an update. It takes about the same amount of time to prepare, download and install a 9-GB patch for Modern Warfare as it does to install a few-dozen-gigabytes game on an a PC via Origin. A full install on Xbox, even if your Internet is lightning-fast, is a process so long that you essentially need to find something to do while that happens. 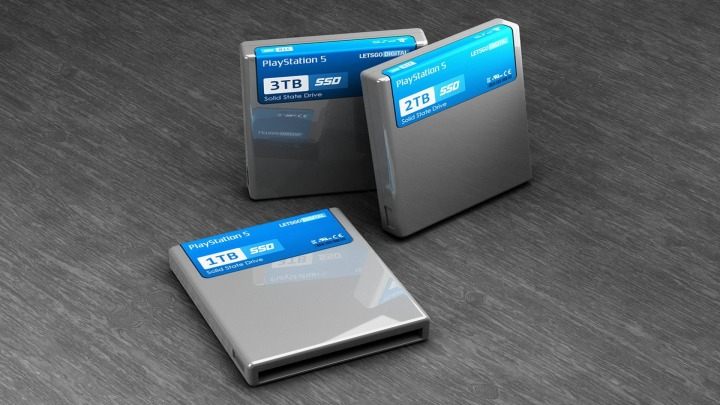 Is this what the modern game cartridges will look like?

In a sense, we went back to computer prehistory, when we waited endlessly to download a game from a cassette or when pirated rips from then-expensive and not yet popular CDs took up most of the space of hard drives of that time. Most of these drawbacks have been mitigated by the falling price of SSD drives, and I'd venture to assume that including solid-states in the new architecture will be the single, most significant upgrade in terms of improving comfort.

However, I wouldn't assume that SSD-based game cartridges, which are rumored to have recently been patented by Sony, will be the default media from day one  the cost of a 120-GB unit is still considerably higer than a Blue-Ray disc. It's possible, however, that something similar could appear in some expensive collectors' editions of some games. Still, this seems a very good solution for getting access to numerous games without worrying about the available space. Even with standard Blue-Rays, the installation time will be considerably reduced, not to mention loading levels inside the game itself. The designers are also trying to push it even further, attempting to find a solution that would allow playing directly after launching installation. In any case, an SSD will provide a considerable boost to the consoles' overall efficiency.

HDD HAS NO FORCE

Star Wars Jedi: Fallen Order is a great game. It's also a reach technical flop on the original PlayStation 4 and Xbox One. The game can freeze completely for brief periods of time, and the animation visits the 20-fps underworld even if nothing particular happens on the screen. According to the analysis by Digital Foundry, this is partly caused by insufficient hard drive speed.

The opinion stating that the current generation was already obsolete when it came out is exaggerated, but the fact that Digital Foundry performance reports are as relevant as Metacritic scores in deciding to by a game, is significant. There's just far too many games that cannot maintain comfortable framerate in Full HD. The developers of PS4 and XOne games have been bending over backwards to cough up a few additional frames per second  resolution scaling, or lowering it to 900p, decreasing texture quality, downgrading graphics wherever possible. The saddest thing, however, is that in many cases, all these tricks combined were still not enough to ensure comfort. The new versions of consoles somewhat bridged the performance gap, but mainly in 1080p. There also has been a fair amount of struggle to maintain animation fluency in 4K resolution. 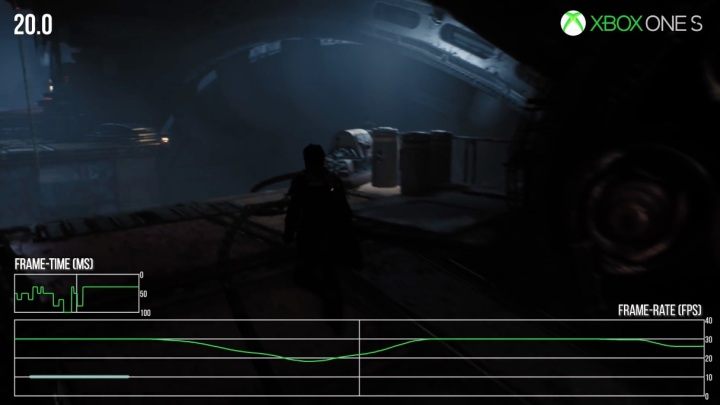 Star Wars Jedi: Fallen Order. New games on current consoles often barely work. Twenty frames is not the result you would expect with a scene involving a single character in a dark room.

It's about time console platforms have gained some momentum, to show that the graphics on PlayStation and Xbox can be beautiful and hyper-smooth at the same time  as was the case with the first generation of Sony and Msoft consoles. We still should expect come concessions to be made, this time in case of the announced support for 8K resolution, but my biggest hope is that the currently ubiquitous Full HD standard will benefit the most from these changes. Fingers crossed that the new consoles remain simple, easy-to-use hardware, with no need for upgrades, and a uniform architecture across the board, and that at least 1080p graphics will be equally fluent and pretty as on PC. I also hope the raytracing will just be an added bonus rather than a priority that could come at the cost of fundamental efficiency of the console.

It was nice, but it's time to move on

Are new games, attractive subscription plans, fast drives, and smooth graphics the only improvements we're looking forward to in new consoles? Of course not! Sony definitely needs to address the problem of the air turbines hidden inside the PS4s. It of course is a matter of personal taste, but I'd much prefer a less elegant design, perhaps even with the PSU outside the casing, than a console that's louder than my neighbor's drill. 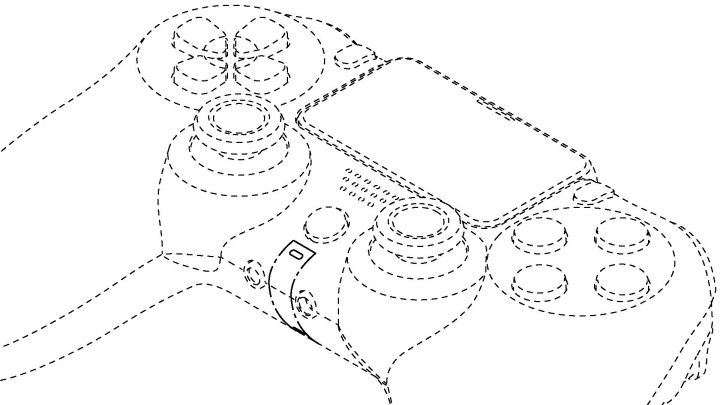 The new DualShock will have better triggers, but will the battery last longer, too?

I'm glad the new DualShock will get longer triggers and even more functional force-feedback, but at the same time I hope that more battery life is also on the table. There's a slew of such smaller improvements that everyone could propose, according to their expectations and routines.

We're going to have a great year. The year of Cyberpunk 2077, Dying Light 2, The Last of Us Part II and Doom Eternal. It should be a splendid farewell for the current generation, but make no mistake  it will also be a farewell full of compromises. Prepare some space on the disks, and get ready for a long wait for the installation, frame dips, graphical downgrade, etc. In case of Doom Eternal (and this is a personal suggestion from me), you might also want to spare a buck on a decent headset with active noise control. 2020 is just around the corner. But I can't wait for the next Christmas.