Geralt of Rivia, but only with a beard (the Witcher 3) 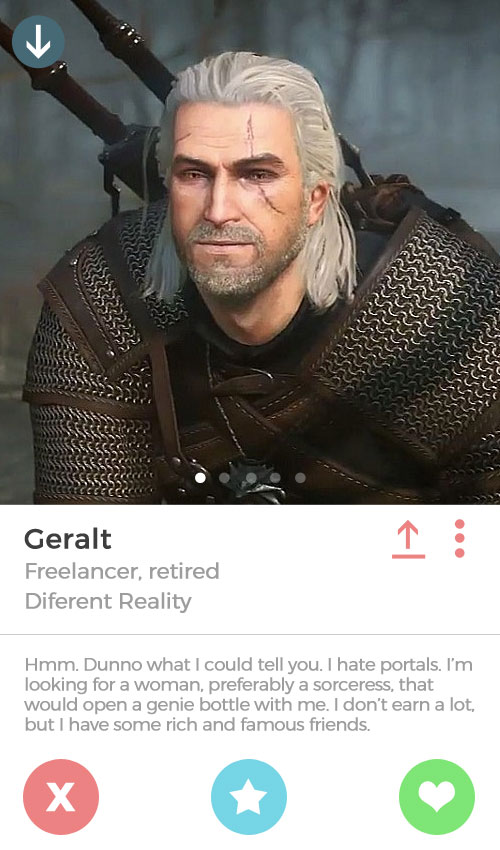 It's time for the podium! Let's make it absolutely clear, though  the only Geralt we want is the one from the Wild Hunt, with the beard! For clarity. We like beards. And grey hair. Geralt has both.

And although some say that his success with the opposite sex is simply a matter of hype, and that Jaskier just gets him good PR, but you need to admit that the vision of dating a witcher is tempting. After all, Geralt has repeatedly proved that he can handle women. I mean, all those beautiful sorceresses could have had anyone, but they wanted Geralt.

He's intelligent, he's enigmatic, he's sarcastic, has a sharp tongue and a sharp sword, or even two  this should be an unforgettable night. We all love unicorns, so we have a good starting point for conversation. He seems like the type of guy, who prefers some ancient, solstice rituals, but maybe he'd fancy a more modern version of the day of lovers? Actually, he doesn't have a choice  because we're asking him out anyway. Where to? Wherever Roach takes us. That is, probably, onto some roof, where we can admire the stars.

There's one conclusion: wear beards, guys. It will pay off. 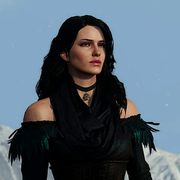 Yen is a very interesting person that we could talk to for hours, we just want to get to know her better. When asked about such desires in relation to Triss, we answered only with obscene words, which I will not quote here. We're #TeamYen FTW, and we don't hide it! With us, her violet eyes could only glisten with tears of laughter. I'd also ask about who tailors her dresses.