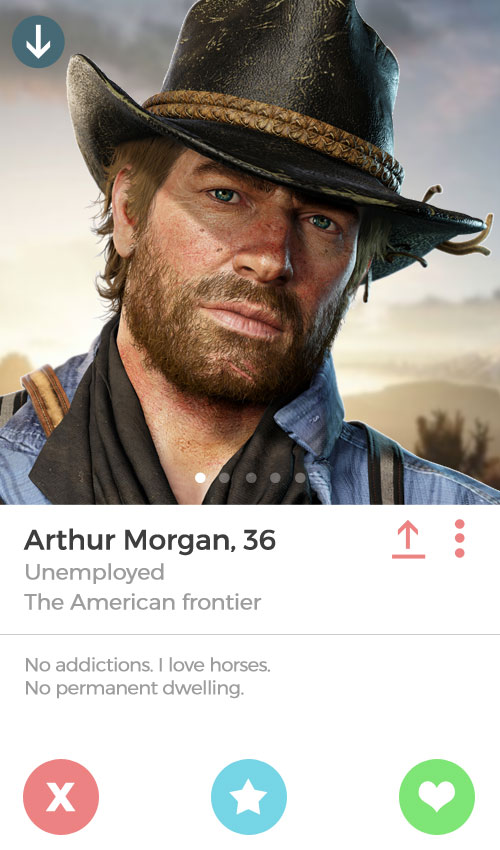 The next guy on our list is a true gentleman. About the only thing he's missing would be... cough syrup? This simple boy overwhelmed by emotions needs some help with telling good from evil, but a deep conversation about life and values on our date would certainly help him. We'd go camping and sleep under the stars. We'd eat only what he'd hunted, and then we would go for a horse ride. Arthur doesn't like trouble, despite his obvious talent for finding it. He gets lost sometimes, but that only makes him more human.

We value him for his respect to women. He never mistreated his companions, always supported their rights, and never had a problem with them performing "manly" jobs  truly, a modern man! Despite the fact that he's a criminal, he has his own rules that he firmly adheres to. He isn't vindictive, and his nonchalance only adds to his charm. In fact, Arthur is an archetypal western character  he does evil, but only out of necessity. And let's be honest again  cowboys are brutally handsome in these hats. In general, this excellent gunslinger hit me right in the heart.