Get ready! Winter is coming! After drought and heat seen in the previous installment, Wasteland 3 takes us to the snow-covered state of Colorado. The state is ruled by a mysterious Patriarch who asks us - The Desert Rangers - for help. The stakes are high, as Patriarch is said to possess a powerful weapon that should not fall into the hands of his offspring. And the reward for the help should be plenty! The new Wasteland, as usual, offers a pretty good story. As we traverse the icy wasteland, conversations and difficult moral choices will be as important as combat. 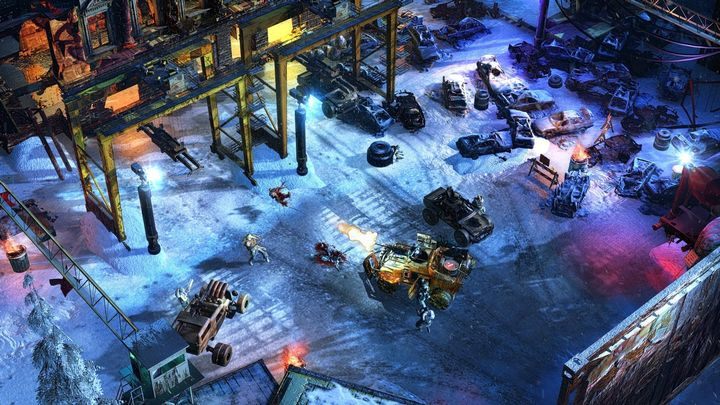 We encounter various factions, new companions, and during the exploration of the state of Colorado we receive access to vehicles, which also serve as storage lockers for items, which is a big novelty for the series. The Ranger base will also play an important role, which we will have to build from scratch and improve later. The action is seen from an isometric perspective, while combat takes place in a turn-based system. Wasteland 3 will also offer asynchronous multiplayer, i.e. not requiring the presence of a companion! The big success of the game during the crowdfunding campaign suggests that there are plenty of fans of the series waiting for the next installment.

Some time ago, it was announced that a sequel to another postapo hit was being made exclusively for the PlayStation console. We're talking about the second part of Horizon: Zero Dawn, which will be released under the title Horizon: Forbidden West. So far, we know little about the game, except that it will be released for the next generation of consoles, and we will once again assume the role of Alloy, roaming the post-apocalyptic locations of western United States on mechanical dinosaurs. The release date is not yet known.