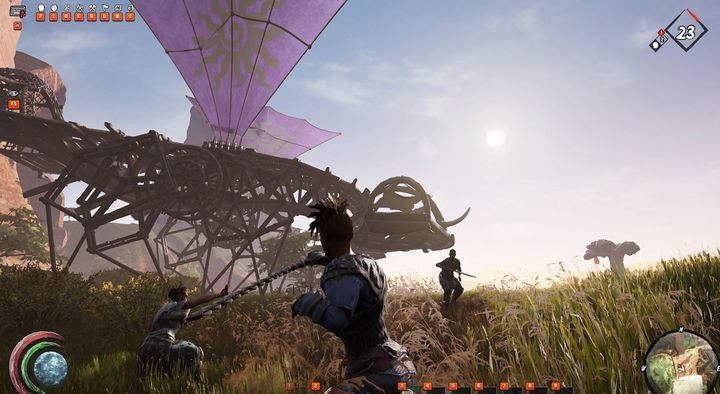 Last Oasis is a post-apocalyptic survival that looks a lot like Waterworld, but happening on land. The game's action is set in the far future, after a great disaster. The earth was divided into two zones  one too hot, the other too cold to live on. The remaining people took refuge on small pieces of land between extreme climates, creating huge cities on platforms. 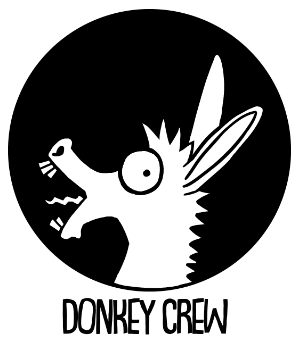 Many of the team here at Donkey Crew have poured hundreds of hours into our favourite survival games. As much as we love the genre, we've also found ourselves frustrated by it at times. We've channeled these frustrations along with feedback from our community into lots of new ideas, creative solutions and interesting features for Last Oasis. Take our Walkers, for example. We wanted our players to be constantly moving. This creates a theatre of conflict like never before, preventing clans from settling in one area for too long and ensuring that gameplay remains fresh and unpredictable. It also meant that we had to give players unique tools to deal with this. Walkers are gigantic wooden machines used for travel, harvesting, and of course, combat in Last Oasis. Our design inspiration came from Theo Jansen's wind-powered sculptures known as Strandbeasts, which led us to develop these ship-like structures for traversing land, as opposed to the sea. In the words of our Art Director, Thomas Fossgard, they are the stars of the game. But in order to encourage this constant movement, we needed to develop an interesting world in which players had to gather resources from everywhere. Pursuing this idea has resulted in us generating more procedural landscape than any other game in the genre. It has also allowed us to create a rich backstory.

We're also currently focusing on themed updates, the first of which went live last week and is centered around a volcanic biome. This new oasis brings with it new creatures, weapons, ammunition and customisation to tackle new environmental threats.

Outside of regular content, we want to expand the game and introduce new elements regularly. One element that our Creative Director, Florian chadz Hoffreither, has found particularly interesting is the idea of timed event maps, where all players enter an oasis simultaneously with one hour to solve the scenario and exit with loot.

Overall, there is so much more to the world of Last Oasis and we can't wait for our players to discover it. If you'd like to grapple onto a Walker and come along for the ride, check out last Oasis on Steam and follow us on Twitter @OasisNomad and Discord.

However, such settlements require raw materials to function, and these can only be found by exploring the wasteland. One of the goals of the game is to build special mech-like machines for such outings and mobile bases. All of this serves a greater purpose, as we will fight not only the climate but also hostile clans. What adds to the excitement is the fact that the game is multiplayer-oriented and all factions are created by the players themselves.