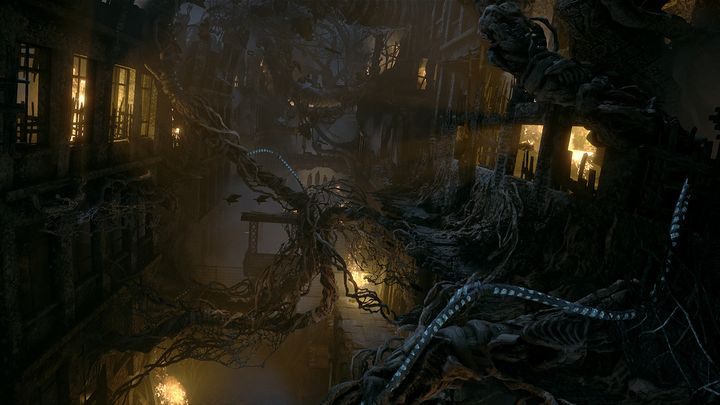 Unholy is not the typical post-apocalyptic game. It doesn't reuse the same themes seen in Mad Max, Fallout, or The Walking Dead. Instead, we will encounter somber and disturbing images straight out of surreal horror. We play a woman named Saidah who is searching for her kidnapped child. The game focuses on stealth and the feeling of fear, rather than exploring wastelands or taking care of overall survival. So what post-apocalyptic elements are there?

Unholy is a first-person survival horror with adventure elements. The action takes place in a dystopian "last city" overrun by a caste of cultists. By dividing society into classes, they can maintain power over the inhabitants in a very violent and oppressive way. The city is also overrun by a mysterious plague – the cultists try to use it to consolidate their authority. The protagonist of the game is named Saidah – her child has been abducted. The woman embarks on a dark journey during which she will learn the secrets of the cultists as well as the city itself. But is that enough to save the baby?

The game's art design is a combination of real and surreal worlds intertwining during gameplay.

The action of Unholy takes place on an unknown, deserted planet containing only one city. The inhabitants are decimated by a mysterious disease, strange monsters prowl around, and on top of that people are divided into different castes and factions. We will be able to use these rifts to our advantage during the game. If a classic horror movie were to take place in the post-apocalyptic world, something like Unholy would probably come out of it.