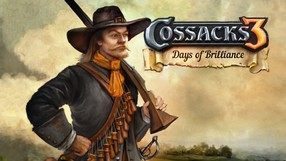 The first non-standalone expansion for Cossacks 3, a real-time strategy game developed by GSC Game world. The biggest highlight of Days of Brilliance is the new single player campaign, based on Polish history in the 17th century. It allows us to take part in, among other things, the Battle of Klushino and the Battle of Vienna. In combat, we use the characteristic Polish units of the period, including the hussars. Moreover, the game features a set of five individual missions that recreate the key battles in Europe in the 17th and 18th century. Furthermore, Days of Brilliance extends the list of playable factions with two new ones, letting us lead Danish and Dutch armies (available for all owners of the vanilla Cossacks 3). Both have their own unique buildings, units, and musical themes. The DLC also enriches the remaining nations with a few new units.

Guardians of the Highlands