Overland is a survival strategy game developed by Finji. The game takes place in a not-so-distant future where an unspecified cataclysm devastated the North American continent. We lead an constantly changing group of survivors who, traveling by car, are trying to reach their destination. Gameplay focuses on survival. We will be forced to make many difficult decisions as we play. We will also have to find a way to deal with the constant shortages of gas, ammunition, and supplies, but monsters that hunt their prey with their hearing are the biggest threat we will have to face. The game is presented through a series of turn-based events that take place on small areas covered with square grid. During each turn we will have the opportunity to give orders like moving, starting a campfire, resting, looting the area, and fighting.

A riot simulation strategy game. Riot is the debut production from Stimunation, an Italian studio whose lead designer is a former cutscene producer at Valve. The action of Riot takes place in modern times. The society is forced to resort to mass rioting because of an economic crisis. The developers prepared an extensive campaign that lets us take part in the most famous riots of the recent years either as the protesting crowd or the police that try to restore order. The game also features a hot-seat multiplayer mode. Whats important, Riot doesnt make fun of its subject but tries to present its essence. To faithfully recreate the reasons and the course of various riots, the developers interviewed people that participated in them on both sides. Virtual protests are shown in attractive pixel-art graphics that brings the visuals of Superbrothers: Sword & Sworcery EP to mind.

A spin-off to the bestselling Batman game series that started in 2009 and is expanded ever since by Warner Bros. This installment is a mobile strategy game in which the player faces the Dark Knight himself and other law enforcers in Gotham city while trying to transform the metropolis into an actual criminal den. During the game the player assumes the role of a mafia boss who intends to become the king of Gotham Citys criminal underworld. As the game progress, the player is building and improving hideouts, recruiting new criminals and disciplining them so that they follow his orders. Due to players actions, the city becomes closer and closer to becoming the most dangerous place in the world. Supervillains known from the Batman universe help the player achieve his goals. Among them there are Harley Quinn, the Riddler and Killer Croc. Whats interesting, if the players criminal empire becomes large enough, he has the possibility to eliminate Batman himself.

Here Be Dragons (AND) 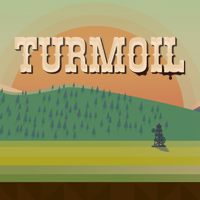 An economic strategy simulation game, created by Dutch studio Gamious. It is set in the 19th century America, during the oil drilling rush. You play as one of the daredevils who trust their luck and dream of an oil tycoon career, possibly also resulting in them becoming a mayor of some American town. You start the game by purchasing the necessary licenses and setting out to search for the deposits, and then finally you build your wells, where you extract the oil. As your business develops, you invest in upgrades, which increase the efficiency of your work and the amount of extracted resources. You also have to care for the proper storage and profitable selling of the oil on the local market, while by monitoring your competitors' activities, you may e.g. enter into various shady arrangements to undermine them.