The World Ends With You

Continuation of the story presented in "Final Fantasy XII". "Revenant Wings" combines elements of jRPG and a simple real-time strategy.

Disgaea on the Nintendo DS is a position that was known from stationary devices before it hit this portable console. It is a combination of jRPG with many elements of turn-based strategies.

The next installment of the Ranger series, which differs from typical Pokemon games. The player's task is to keep order and protect the Pokemons from the temptations of thieves and poachers. We use the abilities of captured creatures to fight, overcome platform obstacles and solve puzzles.

A fun action game with RPG elements, in which we travel through vast and varied underground, full of enemies to be defeated and puzzles to solve.

A combination of an action game and an RPG. We play the role of Digimon trainer, catching the title creatures and putting them into combat. We play alone or with other players.

Pokemon Ranger: The Road to Diamond and Pearl

Pokemon Ranger: The Road to Diamond and Pearl is another game in the series, which deals with the ultra popular creatures such as Pokemony. The action of the game takes place in Poke-world, but this time it is governed by completely different rules.

Children of Mana is an action RPG game. It was created in Next Entertainment studios (formerly Nextech), and the publisher is Square Enix, responsible for the Final Fantasy series and Dragon Quest.

The next part of the FF Crystal Chronicles mini-series. The RPG game offers the possibility of having fun online to users of both Nintendo consoles, for which it was released.

Valkyrie Profile: Covenant of the Plume

Another part of the Valkyrie Profile series. This time, the young hero takes revenge on the divine struggle, which in the past deprived him of his father. 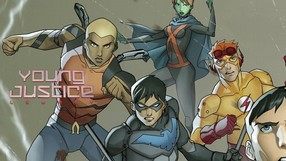 Etrian Odyssey is a jRPG game with beautiful graphics and interesting solutions, supported by a very good team of well-known artists, such as Shigeo Komori, Kazuya Niinou and Yuzo Koshiro. Their achievements include Trauma Center: Under the Knife and Shin Megami Tensei: Devil Summoner.

Naruto: Path of the Ninja

Another game set in a world full of charming Pokemons, also belonging to the sub-series called Mystery Dungeon. We play the role of a man mysteriously transformed into Pokemon and burdened with amnesia. We quickly make friends with another Pokemon, join the guilds of explorers and start our journey through the dungeons, which aims to learn about the causes of the mysterious transformation.

A classic role-playing game in which we traverse dungeons, defeat monsters, collect items of equipment and solve assigned quests.

Rune Factory 3: A Fantasy Harvest Moon is a jRPG game developed by Neverland studio for Nintendo DS users. The player directs the actions of a young man named Micah, who is half a monster. He tries to find out why the tree on which he lives has stopped blooming. The game combines RPG elements with simulation of plant breeding.

A Japanese role-playing game in which we explore the world maintained in steampunk climates. During our adventures we visit London, New York and Cairo, among others.

Fire Emblem: Shadow Dragon is another remake of the first game from the popular Fire Emblem series. It is a combination of fictional and strategic elements.