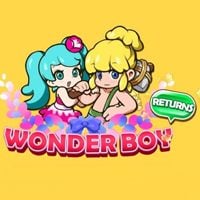 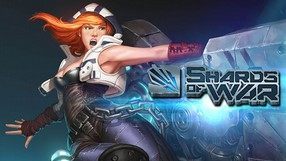 An online action game, set in science fiction world, that belongs to the MOBA genre. It has been created by an experienced German studio, Bigpoint, known from productions like Drakensang Online or Battlestar Galactica Online. The game's story takes place in a grim vision of the future in which parallel worlds fight for domination. In the fictional Empire City, fighters known as Guardians are tasked with closing time-space portals and bringing back peace to the universe.

Crazy Cooking is an arcade game created by the development team of Rhema Group for casual customers. Players can try their hand at a virtual restaurant kitchen, trying to gradually develop their careers and take on more and more difficult challenges. There are nearly 30 authentic recipes in the game.

A stand-alone addition to the platform game Giana Sisters: Twisted Dreams released at the end of 2012, resurrecting the legend of The Great Giana Sisters' classic arcade game. The extension offers us 7 new levels, another boss, an instructional level and new achievements and songs by Chris Hülsbeck and Machinae Supremacy.

Gumboy Crazy Adventures is a simple PC arcade game prepared by the Czech company Cinemax. We play the role of a small rubber ball, which, while rolling, travels through successive locations.

A conventional, two-dimensional platformer game developed by Ratloop Asia - an independent team. It is an upgraded edition of the 2009's Rocketbirds: Revolution. The player is taken to a world inhabited by humanoid birds, assuming the role of a brave chicken fighting an army of insidious penguins, who conquered his native country and enslaved its inhabitants. The story is told through animated cutscenes and dialogues displayed during missions.

Arcade shot, whose action was set in the near future, when the sinister forces of foreign civilization came to Earth.

Advanced hunting simulation, thanks to which we can participate in the world's most famous angling competitions without leaving our own home. 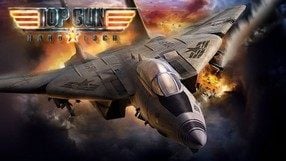 Top Gun: Hard Lock is an action game prepared by Headstrong Games studio, referring to the cult movie with Tom Cruise. Players take on the role of a student of American aviation, who honed his skills under the guidance of the famous Maverick and other instructors from the Top Gun school. The creators took care of an engaging solo campaign and a fully functional multiplayer mode for up to 16 people.

The fact that a taxi driver's life in a big, futuristic city is not easy is convincing us with Space Taxi 2, the official sequel to the arcade game under the same title, which was first published on Commodore 64 in 1984.

A set of four skill and logic games based on the story of the animated film Atlantis the Lost Empire by Disney Entertainment.

Midway Arcade Treasures is a set of classic Midway video games, once triumphing on coin-op machines, among others. Among the timeless games included in the package there is no shortage of such legendary titles as Mortal Kombat, Primal Rage or Spy Hunter 2.

A game designed for children. This time a computer friend of the children, troll Hugo takes them on a great adventure with astronomy, a colourful and full of interesting events trip, during which they will have fun and learn together.

This game will take you back to the ice age and in a cycle of dangerous hunting you will face a mass of prehistoric animals like a sabre toothed tiger. Show off your hunter's skills and earn a mass of unique trophies.

X-Scooter is an arcade game with elements of competitive scooter driving simulation. Players have the opportunity to show off their evolutionary skills on an unusual unicycle in four locations, abounding in parking lots, parks and playgrounds. There are 10 different competitors and 5 types of scooters to choose from. The game was released by ValuSoft.