Gumboy Tournament is the second production of the Gumboy games series, the development of which is overseen by the Czech company Cinemax. Again, in our opinion, it is to direct the movement of a small rubber ball, which, as it rolls around, travels through successive locations.

Experience a real open sea hunting adventure by hunting for sharks, merlin and tuna from a boat, whose fishing grounds are located in many exotic places.

A climatic game created by an independent manufacturer. We direct the molecule in a vacuum-like environment and our task is to absorb other matter. The characteristic feature of the production is the presence of ambient music.

The fourth installment of the popular series of shoot'em-up casual games by Belarusian studio Awem. The game is confusingly reminiscent of the third installment of the series. The authors have not changed the simple but very addictive rules of the game.

The third installment of the popular series of shoot'em-up casual games. The authors tried to make it bigger and nicer than the first two parts. At the same time, they did not change the simple, but extremely addictive rules of the game.

Exodus is a two-dimensional platformer created by Galhmac studio, in which we play the alien living on a foreign planet. An important part of the game are the sneaky elements and the character's development system, which allows to direct the hero's evolution.

The Simpsons: Arcade Game is a classic fight to the right, based on the canvas of a popular animated series. The aim of the game is to save the youngest member of the Simpson family, Maggie, who was kidnapped by Waylon Smithers after she accidentally swallowed a diamond stolen from a jeweller.

Independent platformer with a pitch ball in the main role. We travel through extensive canals in search of a kidnapped companion, using the hero's ability to stick to walls and crush enemies. 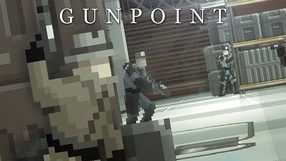 An interesting puzzle platformer about the adventures of a spy who undertakes dangerous missions. The player's task is to bypass security measures in carefully guarded buildings. We do this with advanced gadgets, including a device that allows you to hack certain objects. Each level can be passed in several ways. 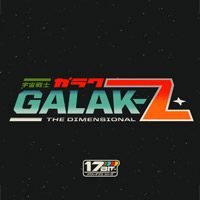 A two-dimensional shoot em up arcade game developed by the 17-bit studio. In GALAK-Z, we assume the role of a space fighter pilot who has to face enemies armed to the teeth and hostile environmental conditions. Although the general gameplay premise isnt really different from the genres standards, the developers introduced several innovations. The first is the control model based on two analog sticks that we use to move and shoot, while special attacks are assigned to gamepad buttons.

Jungleboy is a 2D platformer created by In Images studio in Krakow. Players get to know the adventures of the title character, who travels through dangerous locations in search of diamonds and magical statues. The game is aimed at the youngest viewers, and thus devoid of any elements of violence.

Crazy Chicken and Lost Atlantis is an arcade platformer from the popular Moorhuhn Jump'n Run series. This time the pinnate hero crosses tropical islands and sea depths in search of the treasures of the legendary Atlantis. The title was produced by the German company Phenomedia.

The second part of the series of arcade and music games with graphics from the era of eight-bit computers. Once again we play the role of CommanderVideo consisting of several pixels and we have to destroy the squares coming from all directions to the rhythm of the electronic background. 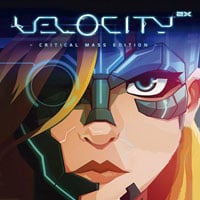 Another installment in the series of 2D scrolling shooters, in which we control a spaceship equipped with the ability to teleport to any location. The game once again takes us to the distant future, in which all forms of life in the Vilio star system faced a threat when it turned out that the great celestial body began to change into a red giant.

Yetisports Arctic Adventures is a compilation of arcade games from the Yetisports series prepared by the development team of JoWooD. Players have the opportunity to compete in five winter competitions: Free Fligh, Pingu Flight, Snowboarding, Baseball and Half Pipe Racing. The whole was enriched with eye-catching, three-dimensional visual setting and a large dose of humour.