The sixth major installment in the popular farming simulation game series. The franchise makes a comeback to key gaming platforms after a year off, when only smartphone and portable editions were released. The developer, GIANTS Software, prepared another portion of innovations to enhance gameplay. The game lets you play in a new environment (Scandinavian), characterized by different landscape, weather conditions, and vast forests. This time players can cut down trees using specially designed, licensed machines. There is also a car wash, allowing you to keep your vehicles clean. Overall, the gameplay mechanics remained unchanged; as usual, your task is to manage a farm and expand it using the money earned from breeding animals and cultivating land. The sixth installment introduced the series to the eight generation consoles, bringing about significant visual improvements.

Another installment in a popular simulation game series, developed by Switzerland studio Giants Software. The game puts you in the boots of a professional farmer, who needs to properly manage and develop his farm. This requires you to cultivate land and breed stock, spending the money you earn on new, more efficient machines. The new edition traditionally brings about a score of innovations and improvements. The game features over 20 licensed machines, also new animals and plants were added, as well as details like wilting and rotting of plants. Since the game world is much more expansive than in the last game, you can now purchase land and raise additional buildings. All this comes in improved graphics. The game supports fan-created modifications. 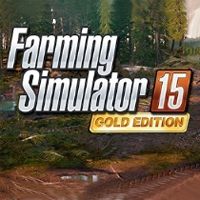 An official expansion to the farming simulator published in 2014 by Giants Software. Farming Simulator 15: Silver is an expansion designed for the seventh generation of consoles, namely PlayStation 3 and Xbox 360 and, in contrast to the next-gen consoles edition called Farming Simulator 15: Gold, its contents are a bit reduced. This add-on does not introduce any changes to mechanics. During the gameplay the player takes control of tractors, harvesters, and trucks produced by such manufacturers as Zetor, Tatra, Rostselmash, and Farmtech. In contrast to the Gold version, there are no new farming areas in Eastern Europe, yet the remaining elements from both DLCs are included, so players can make use of new equipment and 20 new farming machines.

Railfan is a railway simulator prepared by a team with such positions as Train Simulator and Let's Go By Train! The game was created exclusively for PlayStation 3 owners and uses the greatest advantages of this hardware platform. 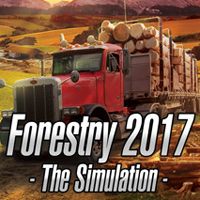 The next installment in a simulation games series previously known as Woodcutter Simulator. The game is a result of cooperation between the German UIG Entertainment company and a renowned game publisher Namco Bandai. This is the first part of the series that was designed for both PC and console players. Professional Lumberjack 2016 allows you to become a manager of a wood cutting company. Gameplay consists of two layers: simulation and economic. The former offers a wide selection of machines for cutting, processing, and transportation of wood. The economic layer in Professional Lumberjack 2016 focuses around accepting and completing jobs, as well as subsequent investments in the development of your company and new machines, which translates to better efficiency and higher pace of work.

Another installment in the popular farming simulator series, also known as Agrar Simulator. The general gameplay mechanics remain the same, while the game is still divided into simulation and economic parts. In the former, we personally engage in various farming activities, such as field reclamation, animal breeding, crop production, planting trees, and harvesting, using a wide variety of agricultural machines. The money we earn is invested into development of our farm, namely: expanding its infrastructure, hiring employees, and purchasing additional equipment. The realistically modeled calendar of farming work as well as occasionally occurring random problems and obstacles play important roles in the game. In addition, the visuals were enhanced, especially since Professional Farmer 2016 is the first installment of the series to be released on consoles. 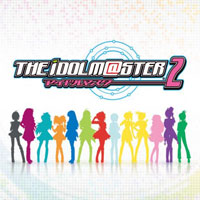 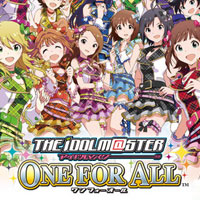 The Idolmaster: One For All (PS3)

The next installment of The Idolmaster series, popular in Japan. We play the role of a music producer whose task is to direct the career of thirteen teenage idylls. The title abandons many of the predecessor's complex managerial options, including a fixed time limit for fun, offering more adventure elements and interaction with the heroines instead.