The Last of Us: Remastered

The third entry in the series of TPP action games, developed by Sucker Punch Productions in cooperation with Sony Computer Entertainment. We play as Delsin Rowe, a young man from Seattle, whose exceptional feats draw attention of Department of Unified Protection, which deals with cases of people with supernatural powers. In his fight against the officials, the protagonist can use e.g. fire powers and ability to change into smoke. 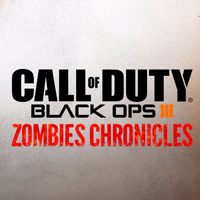 An expansion pack for Call of Duty: Black Ops III, created by Treyarch, the authors of the original game. The Zombies Chronicles add-on is a compilation of remastered versions of the top eight zombie mode levels from the previous Call of Duty games.