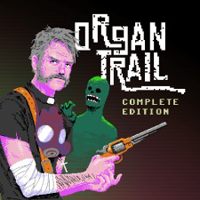 A complete edition of an old school simulation game with RPG features. The title takes place in a world filled with zombies and the player's task is to survive. The game is a pastiche of the classic title The Oregon Trail which told the story of a group of settlers colonizing America. During the game, the player controls a group of survivors who travel through the USA in an old car. In order to survive, they must gather food and other useful items like medications and fuel.