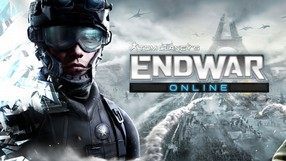 A browser version of the 2009 real time strategy signed by Tom Clancy. It was created by the developers of the original game  the team of Ubisoft Shanghai. The game takes place in year 2030, 10 years after the events of the first title. Due to a great war between the three great super-forces, the Earth has been ruined and plunged into chaos. Joining the game, we choose either United Europe or Russia and take part in battles taking place on the ruins of our world. We can play by ourselves, concentrating on completing solo missions connected to the story. But the core of the gameplay are the one-on-one skirmishes based on MOBA productions, where we command units possessing both strong and weak points. Those can be upgraded as the game progresses. Results of the following battles influence the overall situation around the globe and contribute to victory of one of the factions. 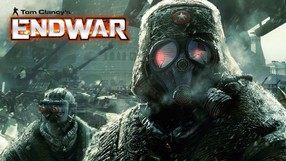 Tom Clancy's EndWar, a game signed by the famous writer's name, is an RTS by Ubisoft Shanghai. The plot of Tom Clancys EndWar is set in the year 2020 and tells the story of a fictitional conflict between the USA, the EU, and Russia, which sprang from the competition for resources and dominance in space, as well as an attempt to topple the balance of power which had been established between the East and the West. During the game, players take control of one of the sides of this conflict, and the gameplay is conducted on two levels: the first one is the tactical map, depicting the changing situation as in the table top game called "Risk". The other layer is the classical commanding of units in battles, which are held both in open areas and in cities. The players control a number of units divided between infantry, armor, helicopters, and artillery. The campaign is complimented by a complex multiplayer mode.

Tom Clancy's EndWar 2 is a planned, but not finished continuation of the acclaimed RTS from 2008, Tom Clancys EndWar. The game was in development by Ubisoft Shanghai, supervised by Michael De Plater, one of the creators of the Total War series. The sequel was supposed to further develop the mechanics and solutions from the original game, and place even more emphasis on the story, as well as polish the gameplay and combat systems. A much bigger diversity of all three factions had been assumed. The development was officially cancelled in February 2010. Three years later, Ubisoft Shanghai begun working on a browser edition of the game, held in MOBA convention, titled Tom Clancys EndWar Online.