Another installment of the popular domestic futuristic RTS strategy series, launched in 2011 by Warsaw-based 11bit Studios. In contrast to the previous parts of the series, the action of Anomaly Defenders was set not on Earth but on the planet of aliens, where they must fiercely defend themselves against the invasion of humanity. During the game we play as a commander in charge of alien troops, and the gameplay itself is a kind of return to the roots of the genre. 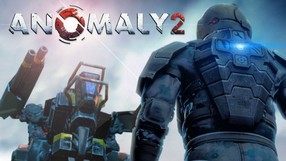 At first, Anomaly: Warzone Earth HD (later released on personal computers as Anomaly: Warzone Earth Mobile Campaign) was a mobile version of the debut game developed by 11bit studio, belonging to the genre of the so-called inverted tower defense. The story of the game takes place in the universe known from the original game, in the not too distant future. It picks up the plot started in the previous game. The game mechanics remain unchanged and combines elements of an action game with an RTS. The main task of the player is to safely break through the enemy territory. The player has access to a brand new story campaign encompassing 15 missions. The missions take place on brand new maps  changed to fit the new storyline and the unique traits of a mobile platform. The main difference in comparison to the original game is the absence of commanders on the battlefield  we now give orders to the squad directly. 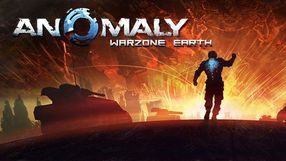 The debut production from the Polish 11bit Studios, comprised of former members of Metropolis Software House. Anomaly: Warzone Earth is a combination of a dynamic action game with elements of a tactical real-time strategy - attempting an unusual approach to the popular tower defense genre. The story is set in 2018, when strange anomalies begin to occur on the surface of our planet. What also makes its appearance in the game are great war machines that exterminate civilians. We play as a leader of a strike unit sent to Baghdad on a mission to research the phenomena taking place there. The gameplay resembles a typical tower defense game, and the player controls a unit made of several combat machines with different properties. However, the player's task is not to defend their base, but to perform an attack on the enemy's territory and complete a series of missions we have been given. The game features a standard story campaign, as well as challenges that require the player to fight subsequent waves of enemies.