An innovative game for the Wii console, using the controller in the form of a training bike, produced by EKO Software. We get to the planet Cyclo and our task is to clean up the ubiquitous rubbish and waste in the air, on land and under water. The bike is equipped with a steering wheel, force and speed sensors in the pedal mechanism, which is reflected in the way you drive your character on the TV screen.

Continuation of the boxing game known from NES and SNES consoles. We play the role of a young man who wants to become a champion in the ring and has to face funny opponents.

The Dave Mirra BMX Challenge is in fact another part of the Dave Mirra Freestyle BMX series, launched in 2000 by Acclaim Entertainment. Naturally, as the name suggests, we are dealing with a product dealing with the subject of extreme sports, namely professional BMX cycling. 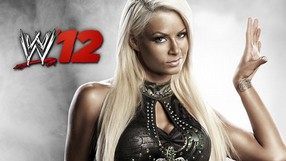 Mario Strikers Charged is the sequel to the great hit "Super Mario Strikers by Next Level Games for GameCube 2005. The game takes us back to the fabulously colourful lands known from Nintedno's biggest productions, so that we can fight fierce football fights at the highest level alone or in a group of friends.

SSX Blur is an arcade, derived from a well-known series of two extremely popular sports, namely snowboarding and skiing.